This quake was likely an aftershock of the 6.8 quake Sumbawa Region, Indonesia, 5 August 11:46 UTC, which had occurred 5 days earlier. 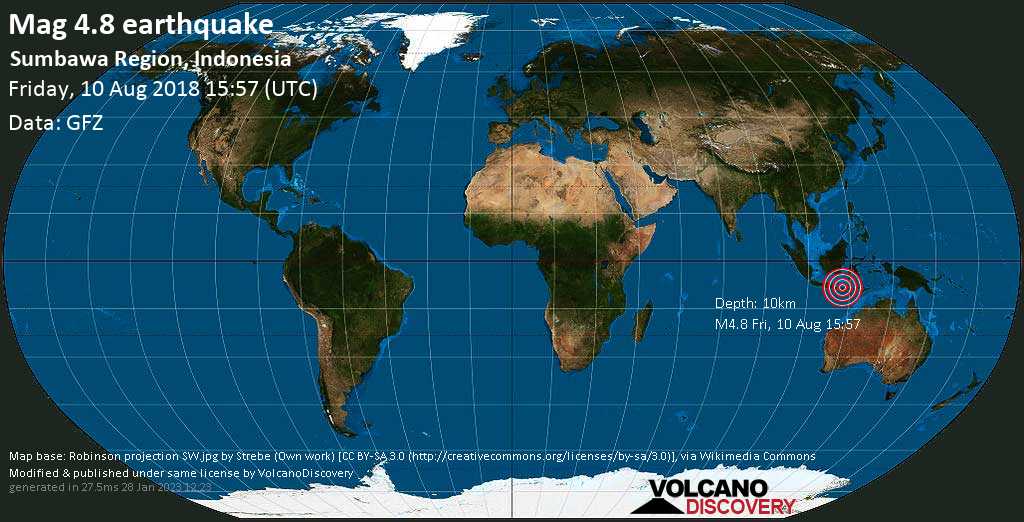 Volcano Calendar 2020: We're proud to present our 2020 volcano calendar: 13 different and attractive images of volcanoes, volcanic landscapes and phenomena taken during volcano tours over the past two years.
Kamchatka 2018