This quake was likely an aftershock of the 6.8 quake Sumbawa Region, Indonesia, 5 August 11:46 UTC, which had occurred 7 days earlier. 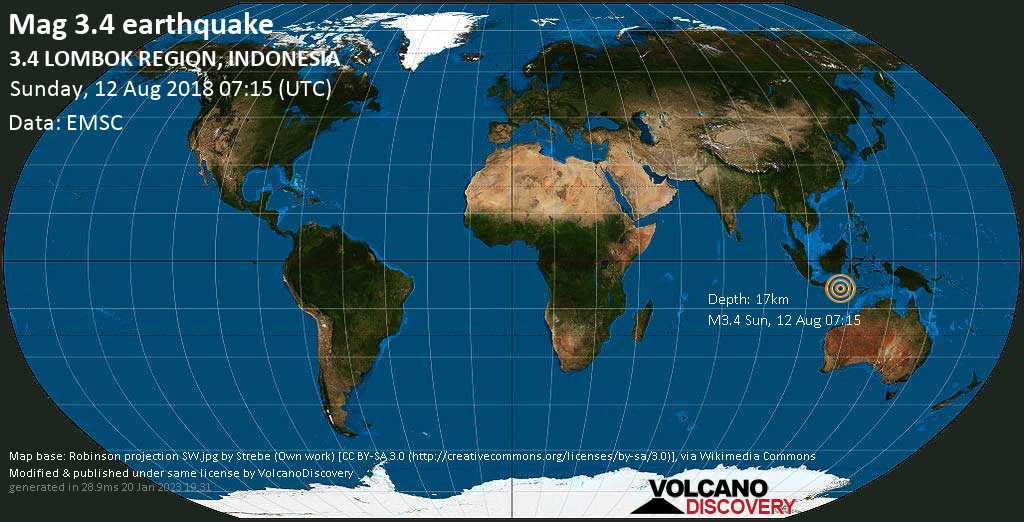 User reports estimate the perceived ground shaking intensity according to the MMI (Modified Mercalli Intensity) scale.
Contribute:
Leave a comment if you find a particular report interesting or want to add to it.
Flag as inappropriate.
Mark as helpful or interesting.
Send your own user report!
Peppers Seminyak Bali / Weak shaking (MMI III)
97.5 km WSW of epicenter [Map] / not felt (reported through our app)
Nusa lembongan / not felt
37.6 km ESE of epicenter [Map] / Weak shaking (MMI III) (reported through our app)

Solar Eclipse & volcano tour: A total solar eclipse will occur on 14 Dec 2020 and pass over southern Chile and Argentina. Chile's most active volcano Villarrica is located exactly on the center line where the eclipse will be best to observe.
We offer you the unique chance to combine the eclipse with a tour to one the world's most beautiful volcanic areas - the Lake District in Chile.
Photo of the Day
28 Nov 2020

Vote for your favorite or submit photos
Kilauea

Kilauea volcano, Hawai'i: Kilauea is the most active volcano on earth, in constant eruption since 1983!
Krakatau to Bali