This quake was likely a foreshock of the 6.8 quake Sumbawa Region, Indonesia, 19 August 14:56 UTC, which followed after 15 hours. 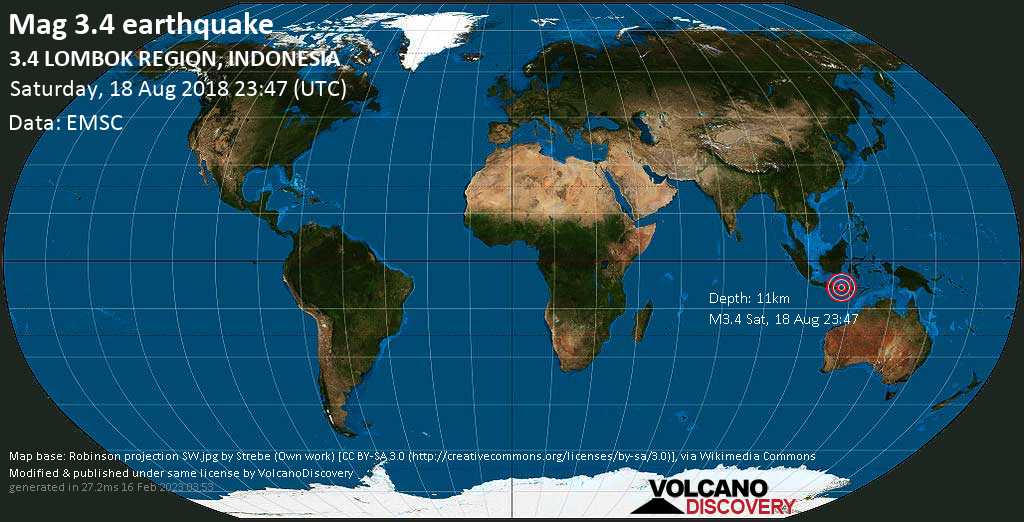 Definition of a volcano: A volcano is the term for any place on the surface of the earth, where hot molten rock (magma) reaches the surface.
Volcanic ash

Land of Theseus: A relaxed walking and study tour to one of Greece's hidden treasures and also one of the least known volcanically active areas in Europe.
Colima