This quake was likely an aftershock of the 6.8 quake Sumbawa Region, Indonesia, 19 August 14:56 UTC, which had occurred 9 hours earlier. 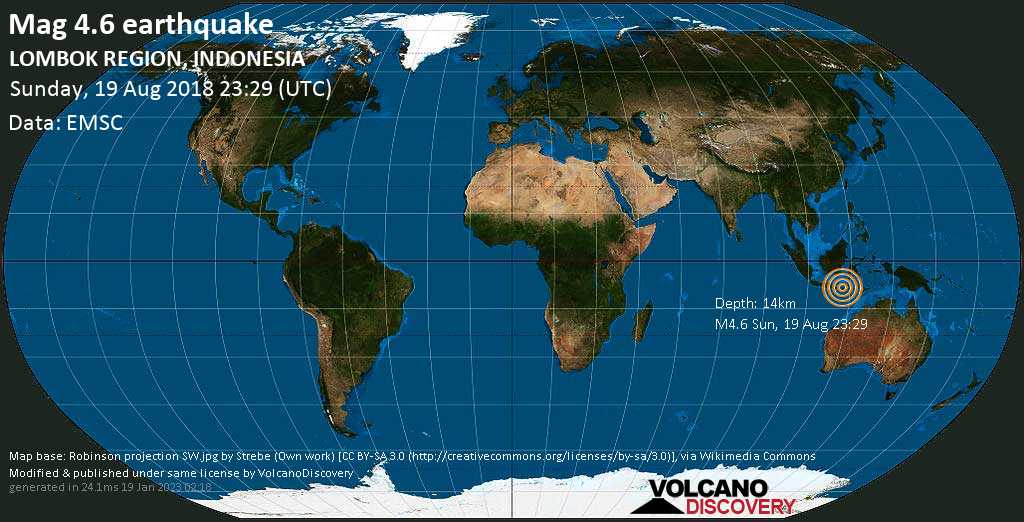 User reports for this quake (40)

Sakurajima volcano photos: One of the world's most active volcanoes, Sakurajima on Japan's Kyushu Island is famous for its frequent vulcanian explosions, often accompanied by eruption lightning.
China's volcanoes