This quake was likely an aftershock of the 6.8 quake Sumbawa Region, Indonesia, 19 August 14:56 UTC, which had occurred 6 days earlier. 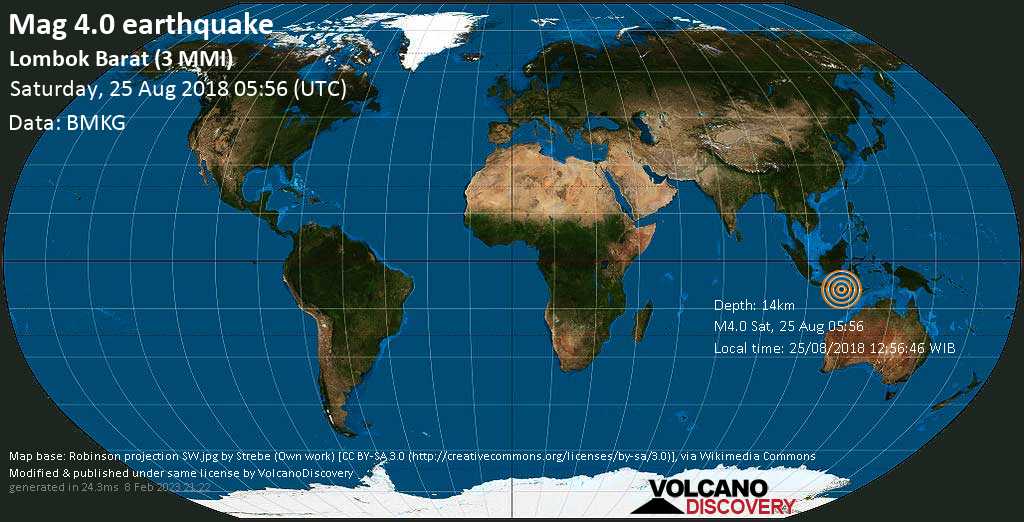 Infos + news about volcanic activity in Iceland: Hekla, Katla, Krafla, Askja, Eyafjallajökull, Heimaey, Surtsey are famous names of active volcanoes, but there are many more in Iceland.
Greece

Photos from Greece: We have traveled and studied extensively in Greece, in particular on its active volcanic areas such as Santorini, Nisyros, Milos, Methana.
Stromboli to Etna
11-19 April 2020

From Stromboli to Etna tour: A small group tour with a volcanologist to discover the active volcanoes in Sicily: spend 8 fantastic days in some of the most beautiful and interesting volcanic areas in the world. Watch Etna and Stromboli erupt... Last but not least, very nice accommodation and delicious food wait for you!
Vanuatu