This quake was likely an aftershock of the 6.8 quake Sumbawa Region, Indonesia, 19 August 14:56 UTC, which had occurred 8 days earlier. 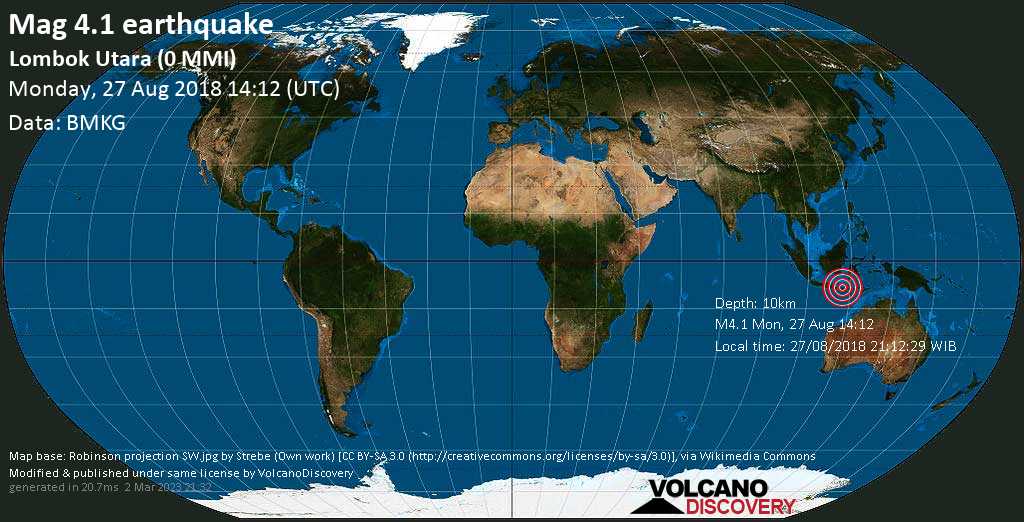 1-3 day excursions: If you're interested in volcanoes, there are a number of excursions you should not miss if you're in the area: hike to the craters of Stromboli volcano, climb Etna volcano, get to know the unique volcanic history of Santorini - some examples of shorter (1-3 days) tours and excursions we offer.
Eruption Specials

Volcano & eruption special tours: Tours dedicated to usually a single volcano currently in eruption. These trip, sometimes offered only last-minute through our newsletter, are among the most adventurous and most popular in our program.
Seismic Activity Level