This quake was likely an aftershock of the 6.7 quake Ionian Sea 25 October 22:54 UTC, which had occurred 1 hour and 28 minutes earlier. 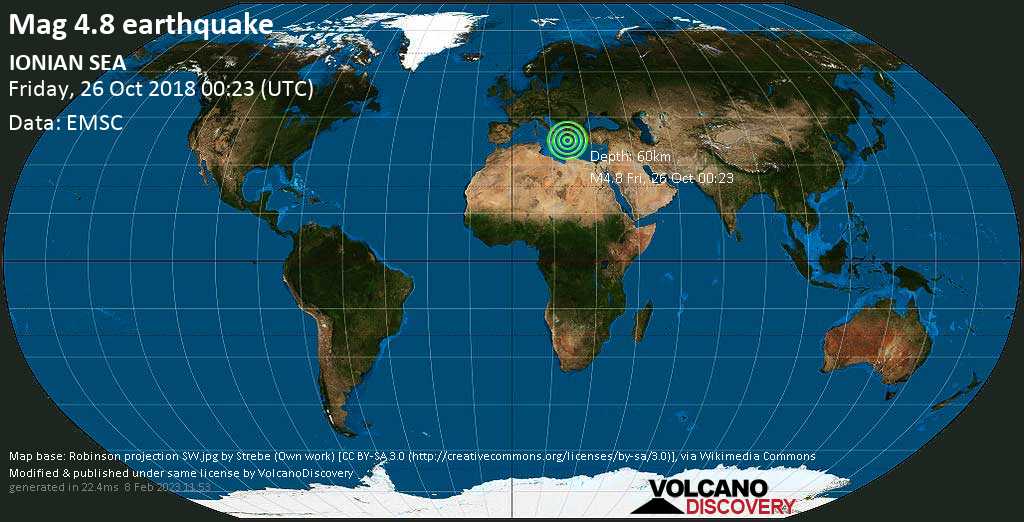 Small spherical balls of volcanic ash that form from a wet nucleus falling through a volcanic ash cloud.
Hawai'i

Volcano Tours on Hawai'i: The Hawaiian Islands are not only home to the most active volcanoes in the world, Kilauea and Mauna Loa on the Big Island, but also boast a unique natural environment. Born by volcanic activity of a very active hot spot in the middle of the Pacific Plate, they are a showcase of natural history.
Eruption Specials

Tours to erupting volcanoes: From time to time, we organize special tours to see volcanoes in eruption. These are often announced only few days or weeks in advance. Find out more!
Volcano Tours