This quake was likely an aftershock of the 6.7 quake Ionian Sea 25 October 22:54 UTC, which had occurred 17 hours earlier. 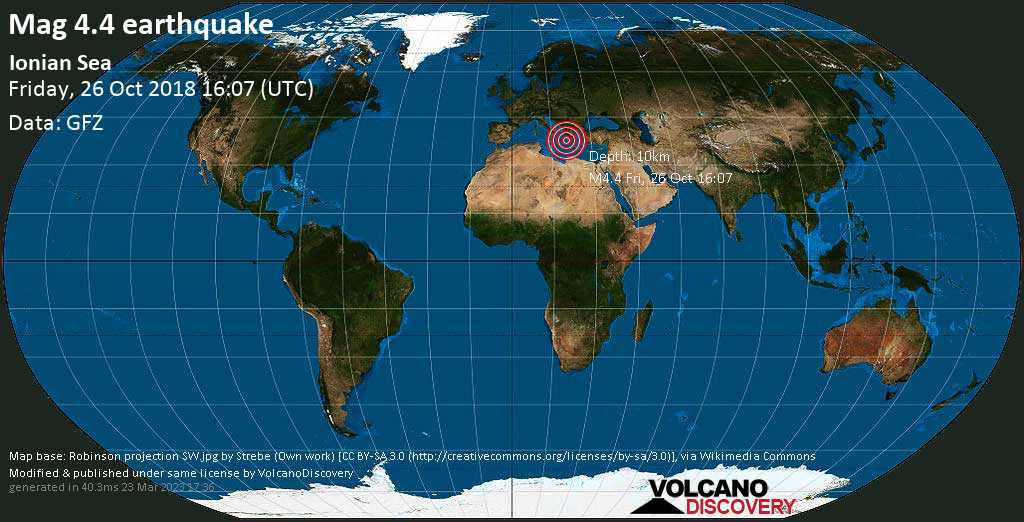 Photos from Germany: Germany has a large number of volcanoes - most of them extinct, but the Eifel volcanic field is still potentially active.
Eruption Specials