This quake was likely an aftershock of the 6.7 quake Ionian Sea 25 October 22:54 UTC, which had occurred 1 day 13 hours earlier. 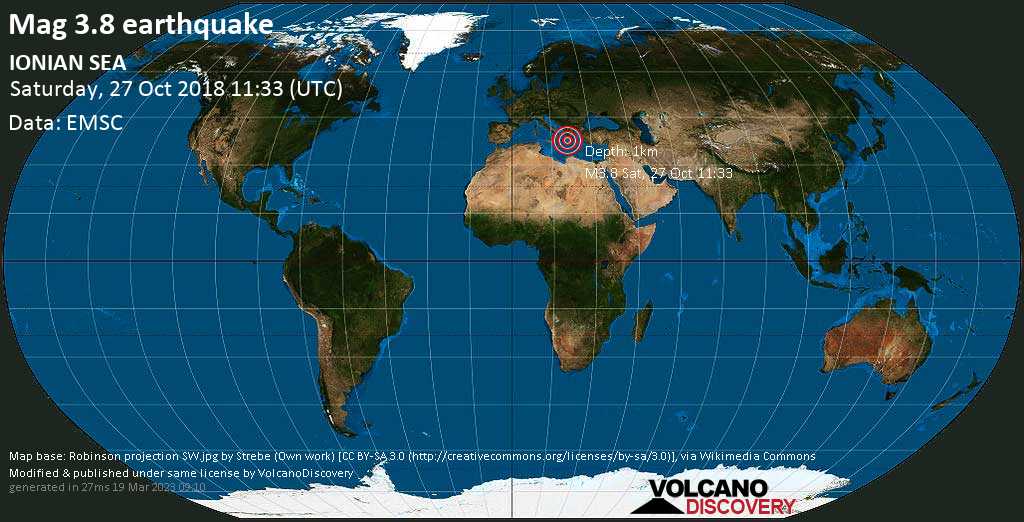 Volcanoes & Spices: This 17-days adventurous expedition is one of our most exciting volcano tours! Visit Halmahera, North Sulawesi and the Sangihe Islands with some of Indonesia's most active volcanoes, including Dukono, Ibu, Lokon, Soputan and Karangetang.
Continental rifts

Divergent plate boundaries on continents: Learn about the process of breaking up continents along continental rift zones.
Volcano Tour

Ambrym+Yasur volcanoes in Vanuatu : An adventurous expedition to some of the most spectacular and active volcanoes in the world! Our volcano expedition to Vanuatu lets you spend 1 week on Ambrym with its multiple active lava lakes and 4 days on Yasur, famous for its spectacular fireworks. Guided by professional volcanologist, small groups (May-Sep).
Hot Spots