This quake was likely an aftershock of the 7.4 quake Southeast of Loyalty Islands 5 December 04:18 UTC, which had occurred 1 day 13 hours earlier. 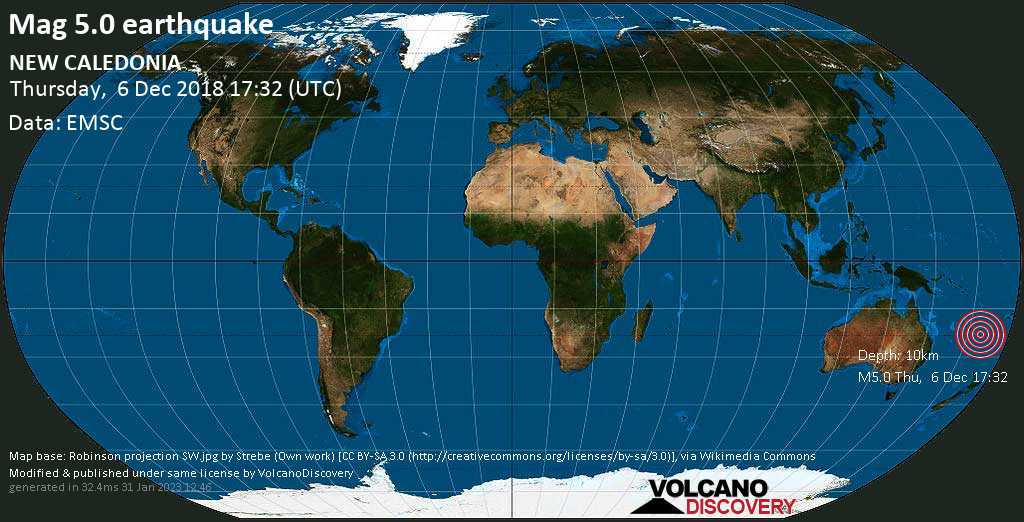 Map of currently active volcanoes: See which volcanoes are erupting at the moment! Probably more than you think...
Ijen flames

Blue flames of burning sulfur: Ijen volcano in East Java has one of the most impressive sulfur deposits on earth. They are so hot that the sulfur often ignites - a mysterious display at night caught on camera.
Volcanoes and Spices

17 days volcano trekking: This is one of our most exciting volcano tours! Halmahera, North Sulawesi and the Sangihe Islands are not only very scenic and interesting as well as nearly unspoiled by tourism, but also home to some of the country's most active (and often erupting) volcanoes, inclduing Dukono, Ibu, Lokon, Soputan and Karangetang.
Batu Tara