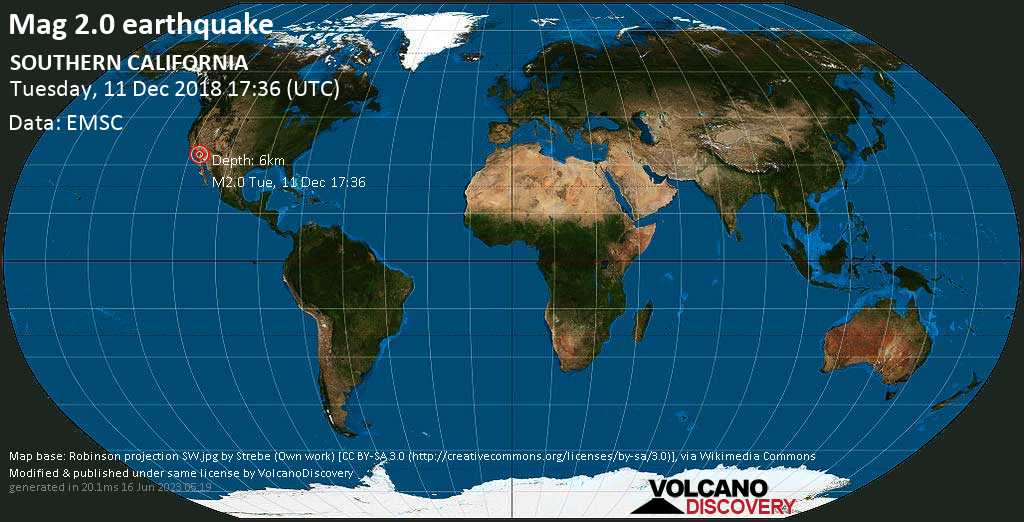 User reports estimate the perceived ground shaking intensity according to the MMI (Modified Mercalli Intensity) scale.
At magnitude 2.0, this quake was probably too small to be felt by humans, but it could be recorded instrumentally.
Contribute:
Leave a comment if you find a particular report interesting or want to add to it.
Flag as inappropriate.
Mark as helpful or interesting.
Send your own user report!
Beverlywood (260.8 km WNW of epicenter) [Map] / Very weak shaking (MMI II) : Brief light rolling at about 7:45pm on Dec 11th. Pls lmk if others did as well. A “friend” on fb just mocked me, saying it was my imagination. Thanks! [email protected]
Try our free app!

Alphabetical list of volcanoes: Find out all there is about a particular volcano
Kamchatka

Kamchatka photos : A growing list of photo galleries taking during our expeditions in this fantastic part of the world, full of volcanoes, unspoiled nature and colors.
Volcano watching guide