This quake was likely an aftershock of the 8.1 quake Fiji Islands Region 19 August 00:19 UTC, which had occurred 17 weeks earlier. 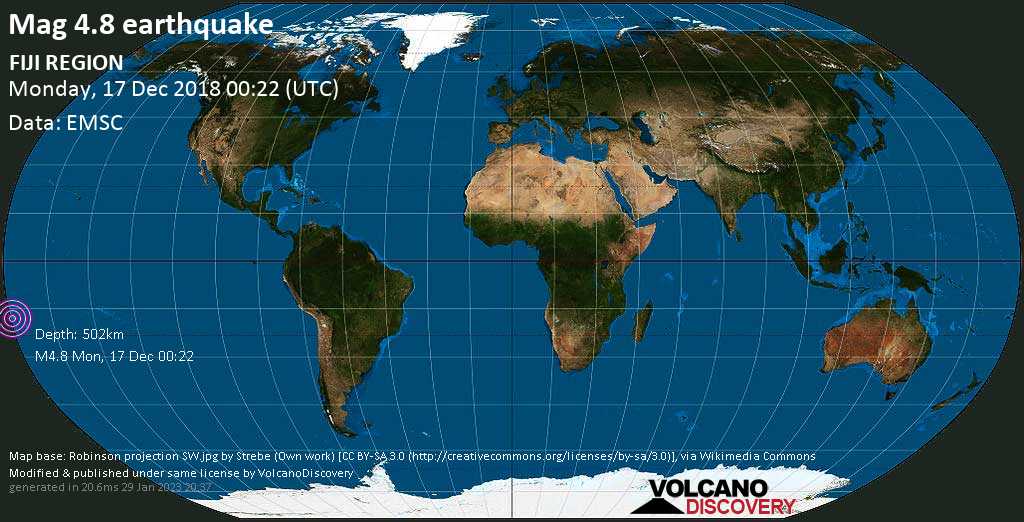 Volcano Expeditions: Witnessing a volcanic eruption from close is an unforgettable experience. We offer a wide variety of tours and expeditions to active volcanoes worldwide.
Volcanoes of Java 13-29 Aug

Volcano Trekking: A physically active tour to visit and climb some of Indonesia's most active and famous volcanoes: Papandayan and Galunggung in West Java, Merapi in Central Java, Kelud, Semeru, Bromo, the Tengger caldera, and Ijen in East Java.
Vanuatu 20 Sep - 5 Oct 2020