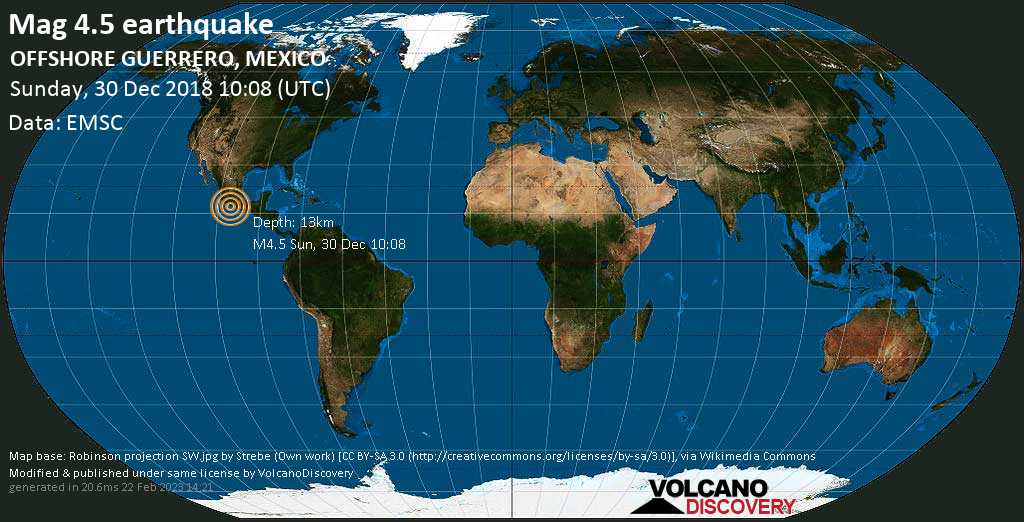 User reports estimate the perceived ground shaking intensity according to the MMI (Modified Mercalli Intensity) scale.
Contribute:
Leave a comment if you find a particular report interesting or want to add to it.
Flag as inappropriate.
Mark as helpful or interesting.
Send your own user report!
22.9 km ENE of epicenter [Map] / Very weak shaking (MMI II)
28.1 km E of epicenter [Map] / Strong shaking (MMI VI) (reported through our app)
Hotel reality inn San Geronimo de Juarez Guerrero / Light shaking (MMI IV)
Acapulco / Very weak shaking (MMI II) : Got woken up to light feeling of shaking, however knew instantly it was an earthquake. Other people in my house didn’t get woken up
Try our free app!