This quake was likely an aftershock of the 6.0 quake Southern Sumatra, Indonesia, 2 February 09:27 UTC, which had occurred 11 hours earlier. 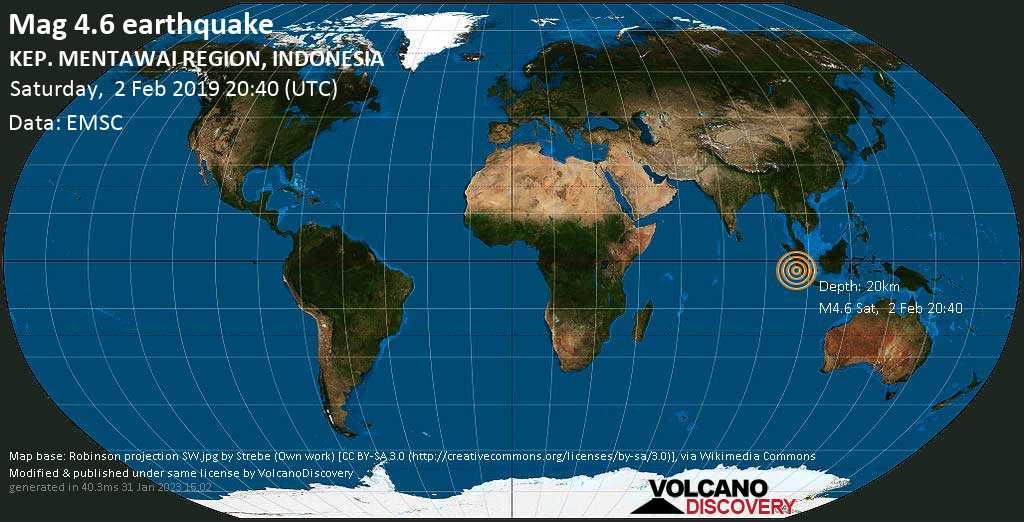 Kilauea volcano photos: The most active volcano in the world with a record long lasting eruption since 1983: images of lava flows, lava lakes, explosions, lava meeting the ocean, aerials and more.
Travel news

Kelut volcano photos: A new lava dome grew inside the crater lake during the effusive eruption in late 2007, replacing most of the lake. Watch the birth of a new mountain!
Earthquake report