This quake was likely an aftershock of the 5.0 quake France 20 March 09:56 UTC, which had occurred 33 minutes earlier. 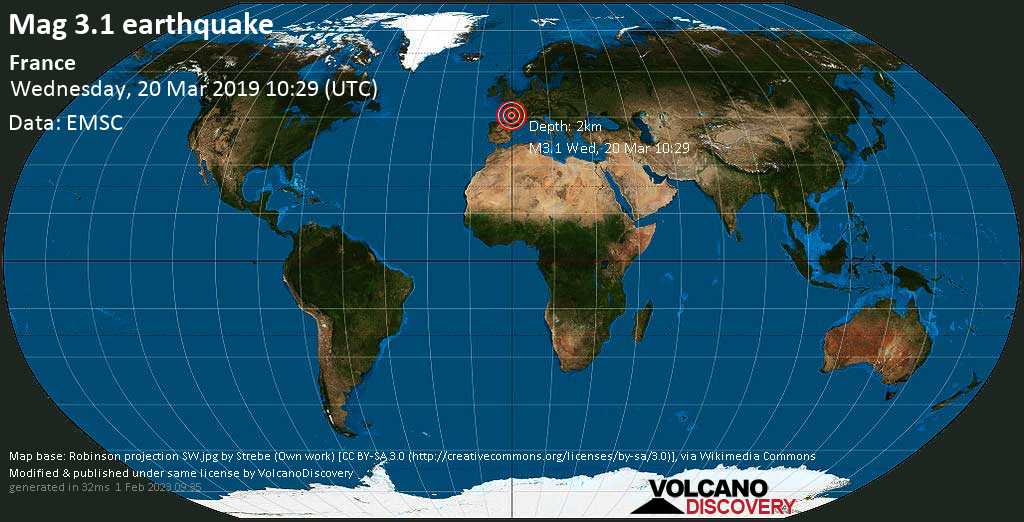 Click here to search our database for earlier earthquakes in the same area since 1900!
Most recent quakes Top 20 quakes past 24 hrs Quakes in France
Try our free app!

Island of Venus: Milos Island in Greece is one of the most beautiful and photogenic islands of the Mediterranean. Its boasts breathtaking scenery of colorful volcanic rocks, some of the finest beaches of the country, a rich archeological heritage, great hospitality and delicious local cuisine. Come join us to explore this magical island on a 6-days geological tour!
Volcano Map

Map of currently active volcanoes: See which volcanoes are erupting at the moment! Probably more than you think...
Bárdarbunga