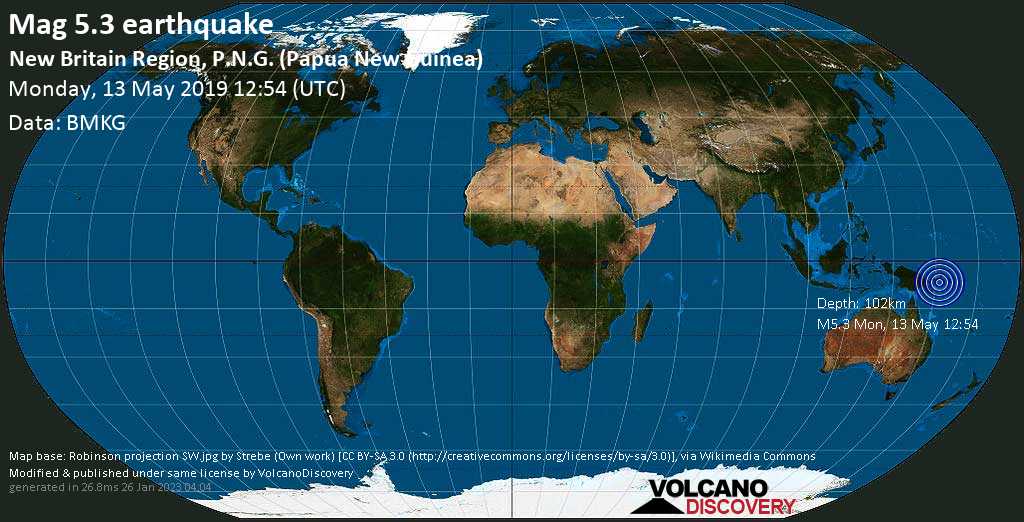 User reports estimate the perceived ground shaking intensity according to the MMI (Modified Mercalli Intensity) scale.
Contribute:
Leave a comment if you find a particular report interesting or want to add to it.
Flag as inappropriate.
Mark as helpful or interesting.
Send your own user report!
498.1 km E of epicenter [Map] / Violent shaking (MMI IX) : Felt that. I was like jelly. Wow woah. What that guy said
New Britain Region, P.N.G. (Papua New Guinea / Violent shaking (MMI IX) : FUCKIN CRAZY MAN IDK HOW I SURVIVED MAN.
Try our free app!

Land of Volcanoes & History: Armenia, a small country in the South Caucasus, has a long dramatic history and a rich cultural heritage. Despite its compact territory, it has much to offer its guests: fascinating mountain landscapes with snowy volcano peaks, beautiful gorges and cliffs, alpine meadows and subtropical forests, monasteries hidden in valleys, archaeological sites and picturesque villages.
Volcano Calendar 2016