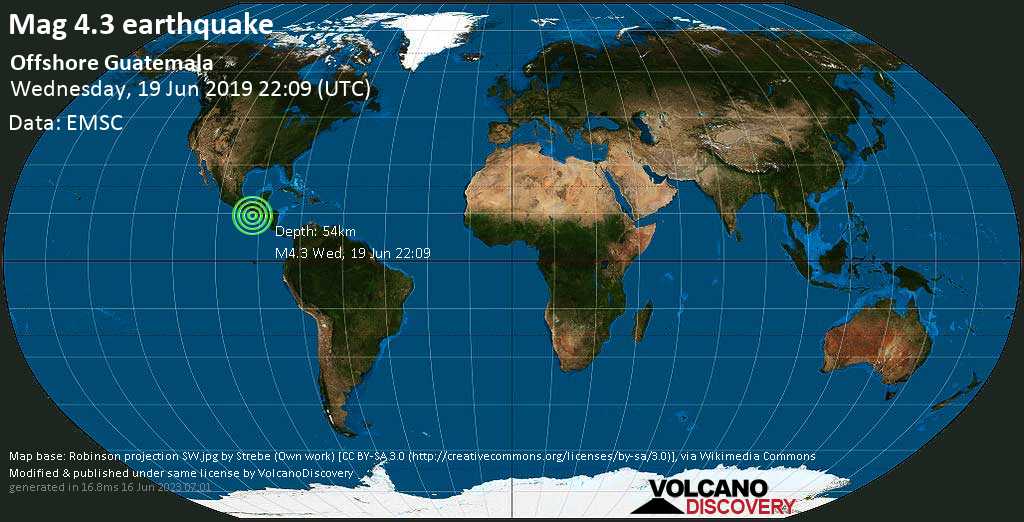 User reports estimate the perceived ground shaking intensity according to the MMI (Modified Mercalli Intensity) scale.
Contribute:
Leave a comment if you find a particular report interesting or want to add to it.
Flag as inappropriate.
Mark as helpful or interesting.
Send your own user report!
Guatemala city (174.1 km ENE of epicenter) [Map] / Weak shaking (MMI III) : We were sitting on a bench inside the mall, near the entrance on the second floor, and we felt a gentle but noticeable shaking. We asked another lady if she felt anything and she said it was just the trucks on the highway. (reported through our app)
Try our free app!

Largest 20 earthquakes past 24 hrs: Our continuously updated worldwide map and list of the most recent largest earthquakes in the world during the past 24 hours.
You can also find top 20 lists for given past days / months / years from the archive.
Lava lakes