This quake was likely an aftershock of the 5.6 quake Near Coast of Chiapas, Mexico, 22 June 22:31 UTC, which had occurred 2 days earlier. 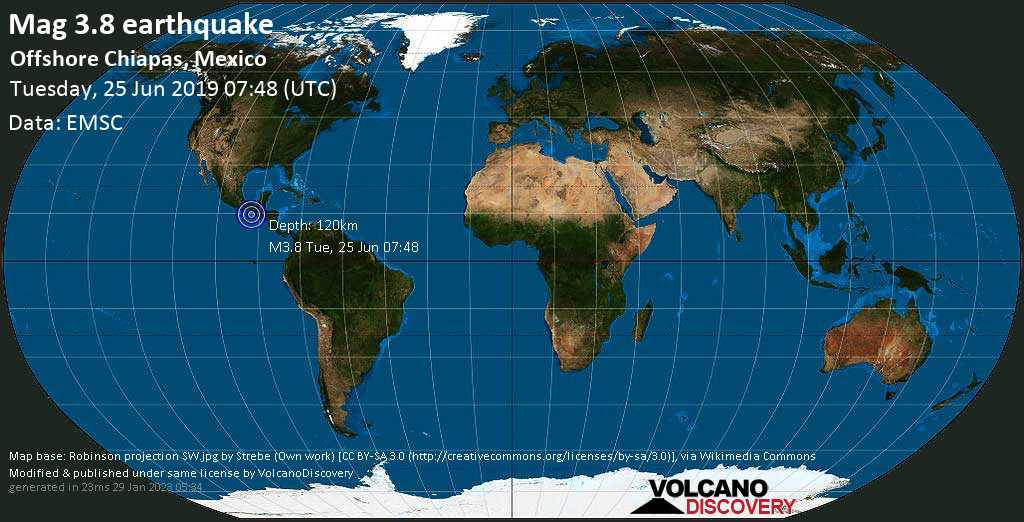 Colima volcano photos: This beautiful stratovolcano in western Mexico is one of the most active volcanoes on the American continents. It is known for its often spectacular explosions and sometimes glowing avalanches.
Earthquake report

Monthy earthquake reports: For each month since July 2012, we publish a summary of quake activity world-wide: find the list of largest quake, a map showing all significant quakes as well as detailed statistics on seismic activity during this time.
Volcanoes and Spices

17 days volcano trekking: This is one of our most exciting volcano tours! Halmahera, North Sulawesi and the Sangihe Islands are not only very scenic and interesting as well as nearly unspoiled by tourism, but also home to some of the country's most active (and often erupting) volcanoes, inclduing Dukono, Ibu, Lokon, Soputan and Karangetang.
Erta Ale eruption
Overflowing lava lake 17 Jan 2017
Get the ad-free version!
Why is there advertising on this site?