This quake was likely an aftershock of the 5.5 quake New Zealand 12 August 10:35 UTC, which had occurred 2 hours and 58 minutes earlier. 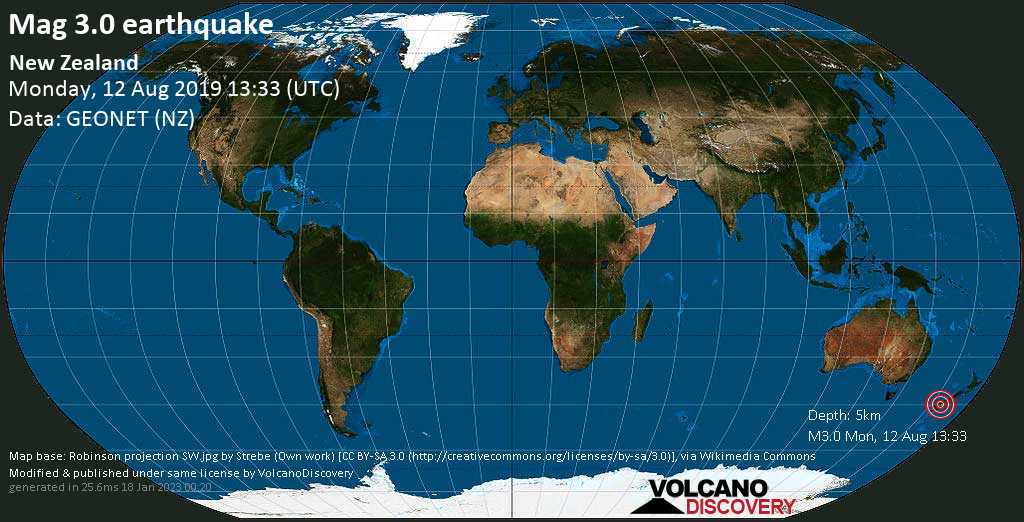 Largest 20 earthquakes past 24 hrs: Our continuously updated worldwide map and list of the most recent largest earthquakes in the world during the past 24 hours.
You can also find top 20 lists for given past days / months / years from the archive.
Ijen

Ijen volcano photos: Ijen volcano in East Java is famous for its turquoise acid crater lake and the large sulfur deposits that are being mined by local workers. At night, the scene is illuminated by ghostly blue flames, as sulfur ignites.
Volcano Calendar 2016