This quake was likely an aftershock of the 6.4 quake Seram, Indonesia, 25 September 23:46 UTC, which had occurred 37 minutes earlier. 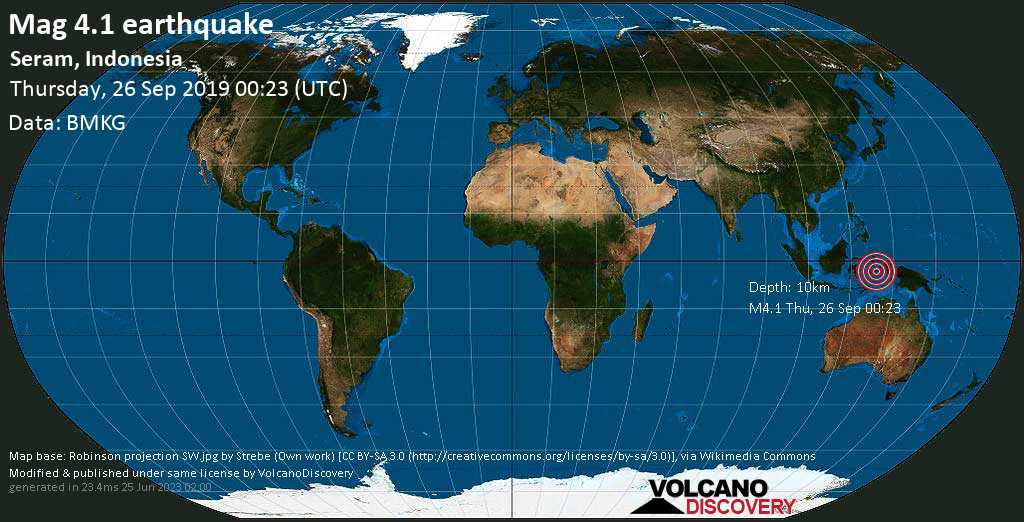 Earthquakes near Volcanoes: Our world-wide map continuously detects shallow earthquakes near volcanoes. These could be early signs of unrest and often precede eruptions.
Books

Raung volcano photos: One of the largest and most active volcanoes in East Java, rarely-visited and relatively unknown Raung became (in)famous during its recent eruption in 2015 when its frequent ash plumes forced the repeated closure of Bali's airport.
What is a volcano?