This quake was likely an aftershock of the 6.4 quake Seram, Indonesia, 25 September 23:46 UTC, which had occurred 16 hours earlier. 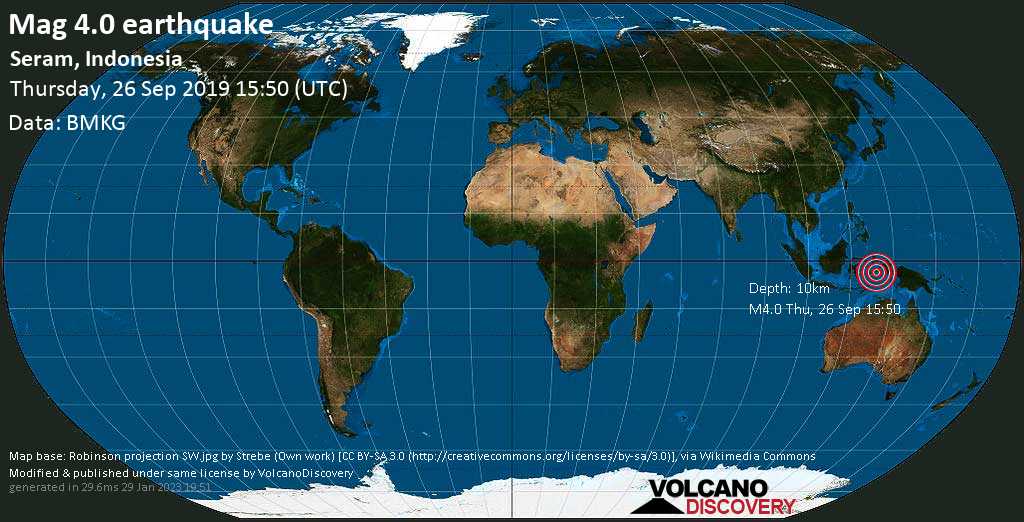 Introduction to Plate Tectonics: The Earth's upper, rigid layer is broken into several plates which are in constant motion to one another. Most earthquakes and volcanoes occur as result of these plate boundaries.
Largest volcano

Do you know which is the biggest volcano in the world?
Germany

Photos from Germany: Germany has a large number of volcanoes - most of them extinct, but the Eifel volcanic field is still potentially active.
Live Volcano Webcams