This quake was likely an aftershock of the 6.4 quake Seram, Indonesia, 25 September 23:46 UTC, which had occurred 1 day 9 hours earlier. 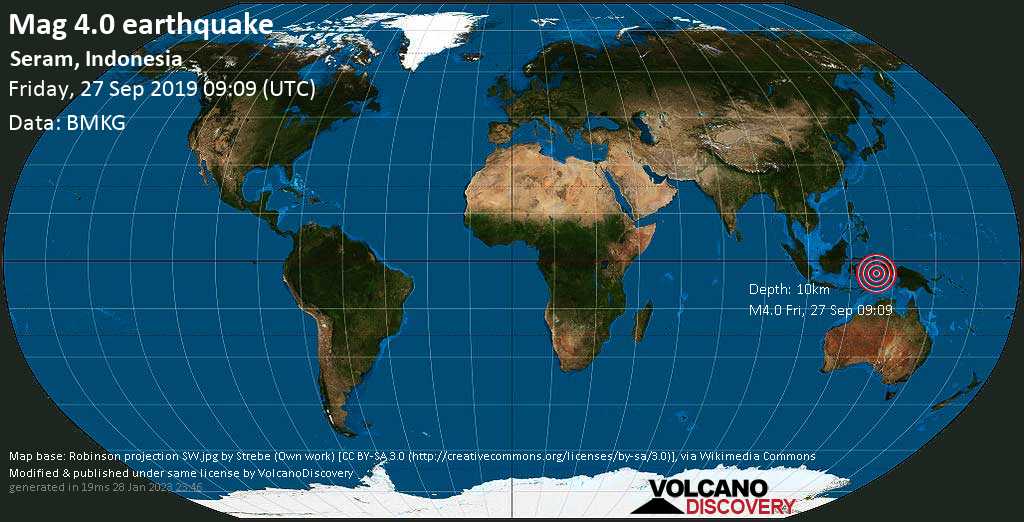 VolcanoDiscovery tours: A selection of our most popular trips, which we have been offering and improving over many years now: Stromboli & Etna, Santorini, Java, Ethiopia, Nyiragongo and more. Have a look!
Volcanoes in Africa