This quake was likely an aftershock of the 6.4 quake Seram, Indonesia, 25 September 23:46 UTC, which had occurred 1 day 18 hours earlier. 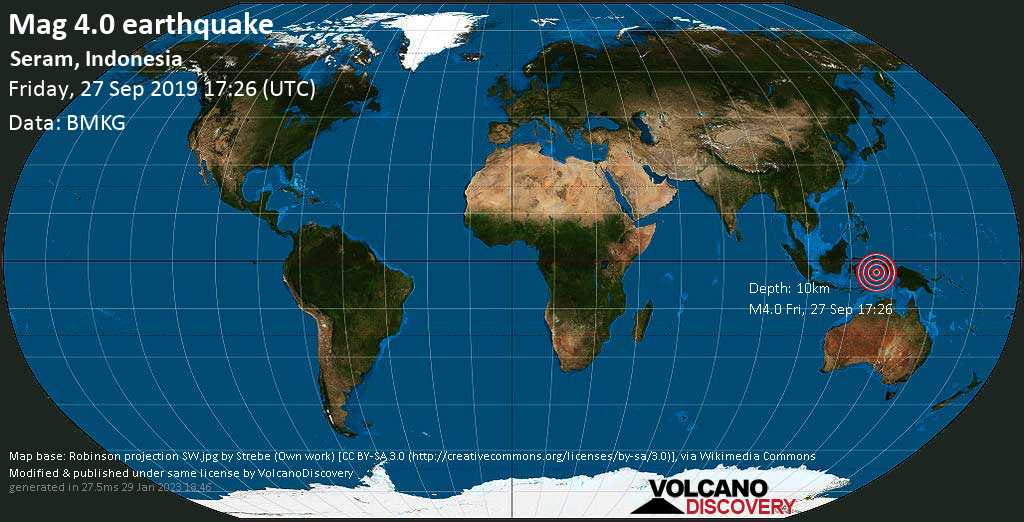 Map of currently active volcanoes: See which volcanoes are erupting at the moment! Probably more than you think...
Canary Islands