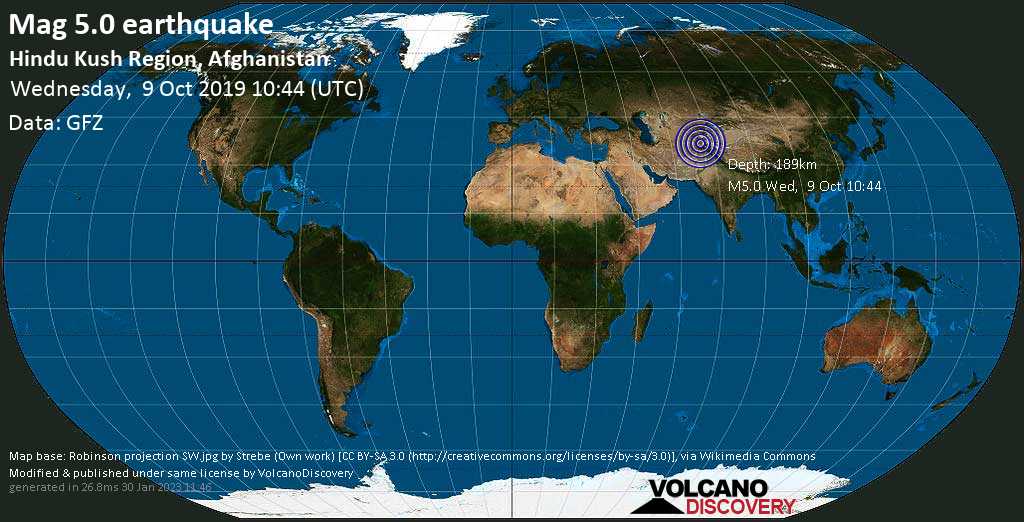 More info
Based on its magnitude, the fault that was active during the quake ruptured along a surface of approx. 10 km2 (=4 sqare miles) as a first-order estimate. The length of the rupture zone thus was probably around 5 km (3 mi).
Aftershocks typically occur during the days and weeks following the quake at or near the same fault, at distances of up to approx. two times the length of the rupture zone.
The often broadly linear arrangement of aftershock epicenters encompasses the rupture zone of the main shock (check on the map below to verify).
Recorded aftershocks, latest first (4 quakes):

Nyamuragira volcano photos: Africa's version of Mauna Loa, Nyamuragira (or Nyamulagira) is a massive basaltic shield volcano neighboring Nyiragongo. It is one of the most active volcanoes in the world and has voluminous eruptions every few years.
Stromboli Trekking

Climbing Stromboli volcano: Stromboli provides one of the most remarkable opportunities to watch volcanic eruptions from close: a natural ridge located 150 m above the active vents. A classic and all-time favorite tour by anyone interested in seeing active volcanoes!
Merapi

Merapi volcano photos: One of the most active and most dangerous volcanoes of Indonesia: Merapi meaning "the one who makes fire", is a feared but also venerated holy mountain looming over the city of Yogyakarta, capital of Central Java.
What is a volcano?