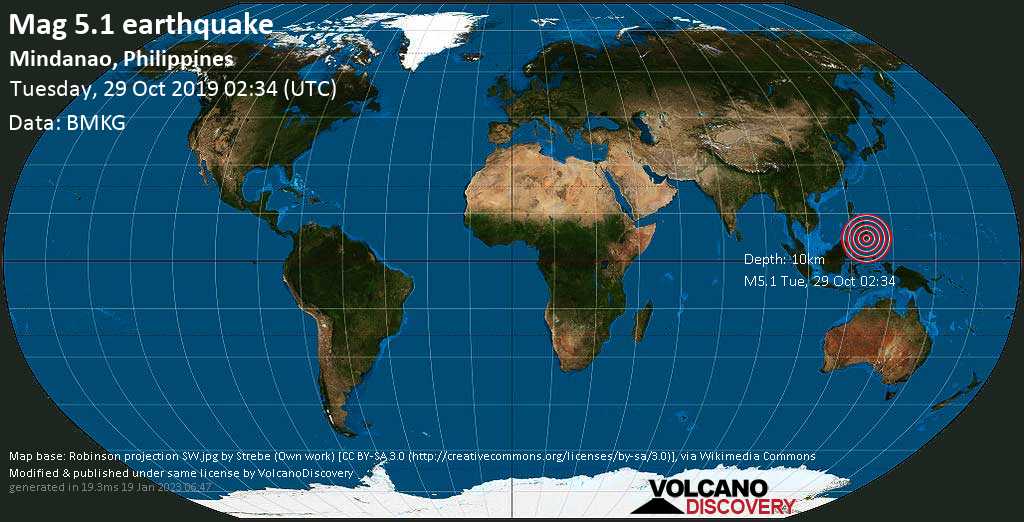 User reports estimate the perceived ground shaking intensity according to the MMI (Modified Mercalli Intensity) scale.
Contribute:
Leave a comment if you find a particular report interesting or want to add to it.
Flag as inappropriate.
Mark as helpful or interesting.
Send your own user report!
Davao City / Light shaking (MMI IV) : Davao City. It was scary, but not as bad as the 1989 San Francisco, California earthquake, which I also experienced.
18.1 km N of epicenter [Map] / Strong shaking (MMI VI) (reported through our app)
Panabo City / Light shaking (MMI IV) : We also felt the earthquake around 9 in the morning today—reported 6.5 magnitude. So we were more alert today in case of aftershocks, it was scary (I am scared for my family).
Tablon, Cagayan de Oro City / Light shaking (MMI IV) : 2nd time aftershock.. Lord, please be with us.
67.5 km ENE of epicenter [Map] / Moderate shaking (MMI V) (reported through our app)
Try our free app!