This quake was likely an aftershock of the 6.5 quake Mindanao, Philippines, 29 October 01:04 UTC, which had occurred 1 day 24 hours earlier. 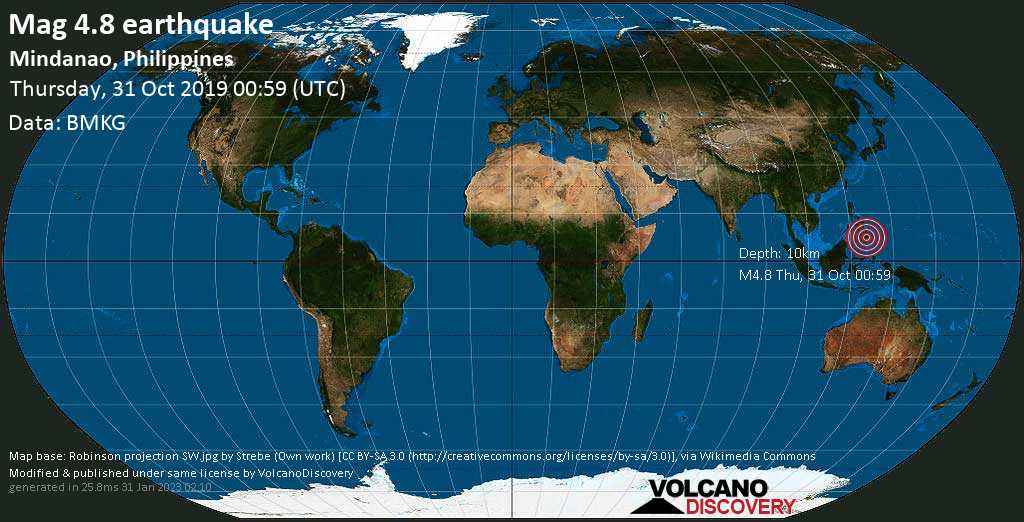 Land of Theseus: The Saronic Gulf opposite Athens is one of the most beautiful and interesting areas of Greece, full of beautiful landscapes, small towns, islands, archeological remains and one of Europe's least known active volcanic areas. Join us on a relaxing tour to discover this fascinating area!
Volcano Webcam images

Latest volcano webcam image: Many volcanoes can be observed in real-time using webcams. Look at the latest images collected from our volcano webcam viewer tool.
Books

Books about Volcanoes: A selection of great books about volcanoes and volcanism, grouped into sections of different reading level interest.
Books