This quake was likely an aftershock of the 5.1 quake Seram, Indonesia, 12 November 10:10 UTC, which had occurred 3 days earlier. 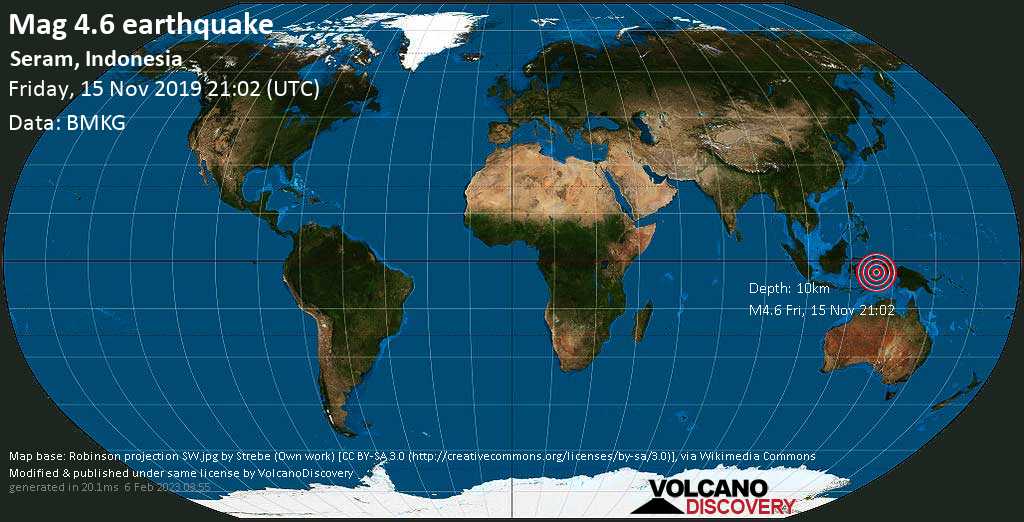 Support us
If you find the website useful and would like to support us and help keep it alive and improve it, please consider making a small donation. Thank you!
Etna volcano