This quake was likely an aftershock of the 6.8 quake 397 km southeast of Ambon City, Primorskiy Rayon, Maluku, Indonesia, 6 May 13:53 UTC, which had occurred 5 days earlier. 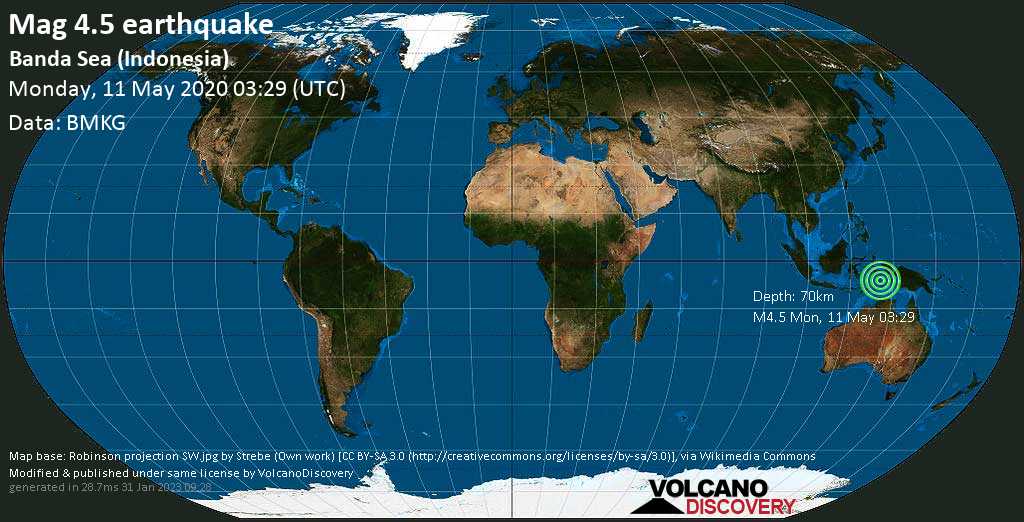 Etna volcano photos: Etna - Europe's largest and most active volcano is a universe in itself. Browse through our collection spanning almost 20 years of eruptions and more.
Volcano Calendar 2019

Volcano Calendar 2019: We're proud to present our 2019 volcano calendar: 13 different and attractive images of volcanoes, volcanic landscapes and phenomena taken during volcano tours over the past few years.
China's volcanoes