This quake was likely an aftershock of the 6.8 quake 397 km southeast of Ambon City, Primorskiy Rayon, Maluku, Indonesia, 6 May 13:53 UTC, which had occurred 3 weeks earlier. 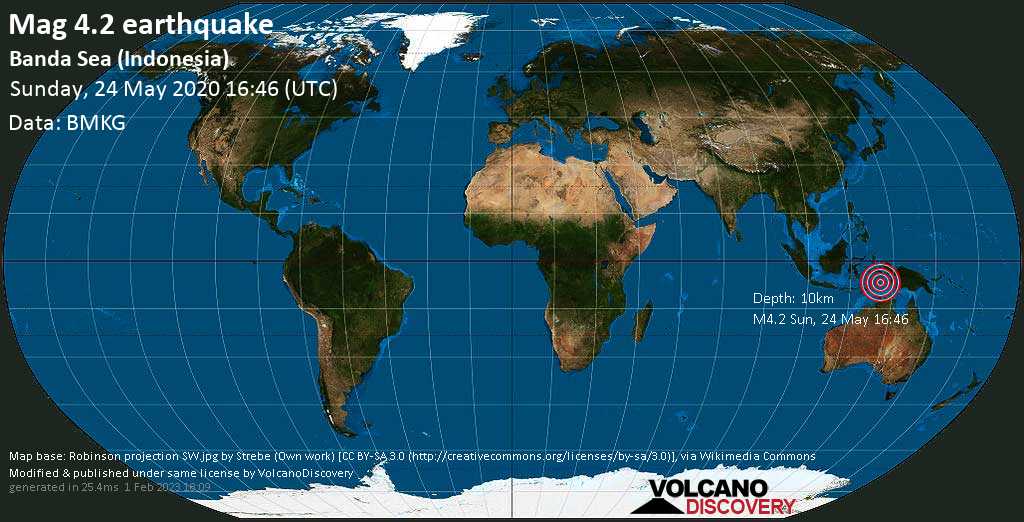 Volcanoes in the Solar System: The Earth is not the only place with volcanic activity. Active volcanism also occurs at at least 3 other bodies in our Solar System.
Kilauea

Volcanoes & Cultures: The contrast between unspoiled rain-forest, coconut palm beaches, primitive culture and moon-like landscapes surrounding lava-spitting volcanoes could not be bigger: join us on an expedition to the two most active volcanoes of Vanuatu: Ambrym and Yasur.
Karangetang 11-16 Feb 2019