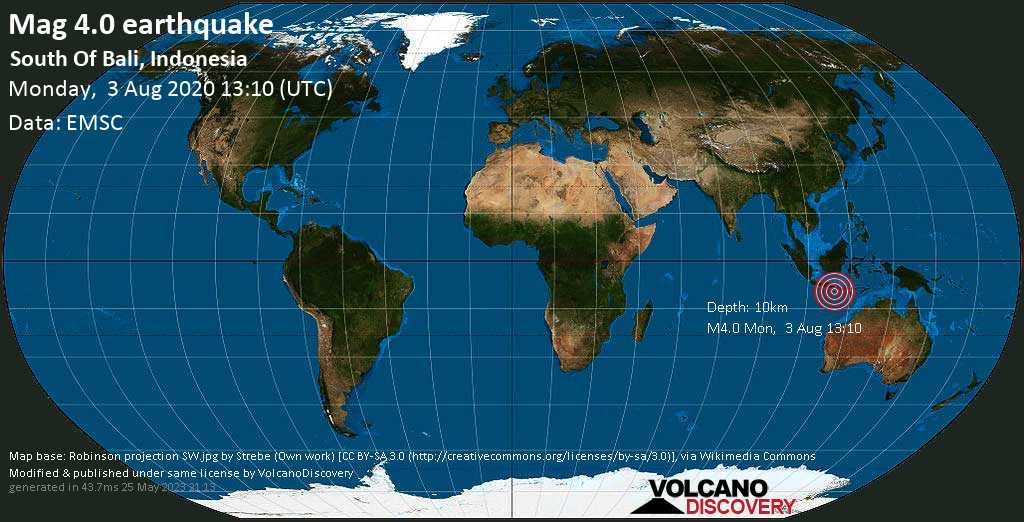 User reports estimate the perceived ground shaking intensity according to the MMI (Modified Mercalli Intensity) scale.
Contribute:
Leave a comment if you find a particular report interesting or want to add to it.
Flag as inappropriate.
Mark as helpful or interesting.
Send your own user report!
233.1 km NW of epicenter [Map] / Very weak shaking (MMI II) (reported through our app)
Try our free app!

Vanuatu Volcano Tours: One of the most exciting volcano travel destinations in the world! On our adventurous expeditions, you will get close to active lava lakes on Ambrym Island and the spectacular fireworks of Yasur volcano on Tanna Island.
Nyamuragira

Nyamuragira volcano photos: Africa's version of Mauna Loa, Nyamuragira (or Nyamulagira) is a massive basaltic shield volcano neighboring Nyiragongo. It is one of the most active volcanoes in the world and has voluminous eruptions every few years.
VAAC