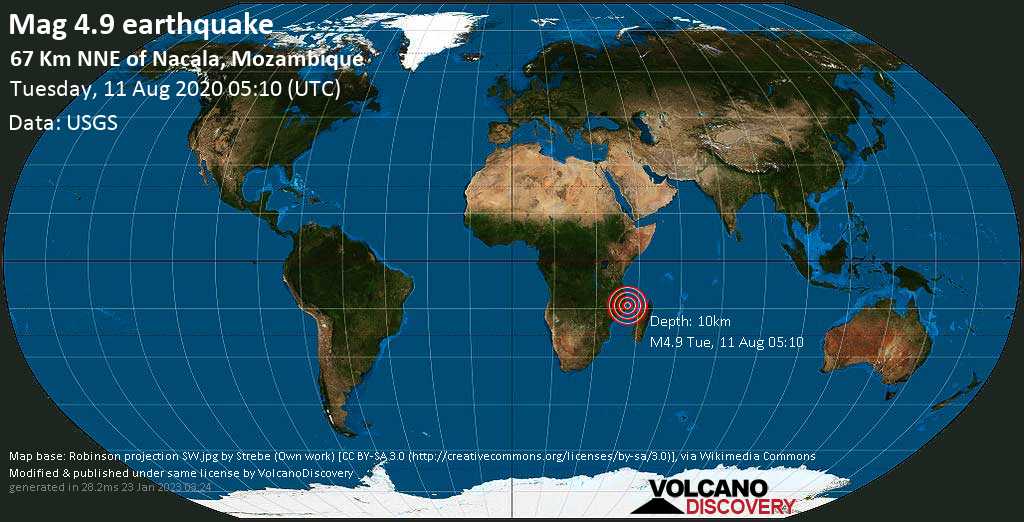 User reports estimate the perceived ground shaking intensity according to the MMI (Modified Mercalli Intensity) scale.
Contribute:
Leave a comment if you find a particular report interesting or want to add to it.
Flag as inappropriate.
Mark as helpful or interesting.
Send your own user report!
Nacala city / Very weak shaking (MMI II) : Was still in bed and l saw the teddy hanging on the zip of my bag on the wall moving. My hubby did not even feel it.it only lasted a few secs
Nacala-Porto city. Mozambique. / Very weak shaking (MMI II) : Having a cup of coffee and felt ground motion (looked like the chair was faintly moving up and down). I got up to try to understand what was happening and to check why I was. dizzy I only felt it for a few seconds and then it subsided. I did not realize that this was caused by an earthquake; I am surprised because I did not know a tectonic fault exists in this area. Would like to know what caused it.
Try our free app!