This quake was likely an aftershock of the 5.0 quake 160 km southwest of Denpasar, Bali, Indonesia, 15 August 07:12 UTC, which had occurred 7 hours earlier. 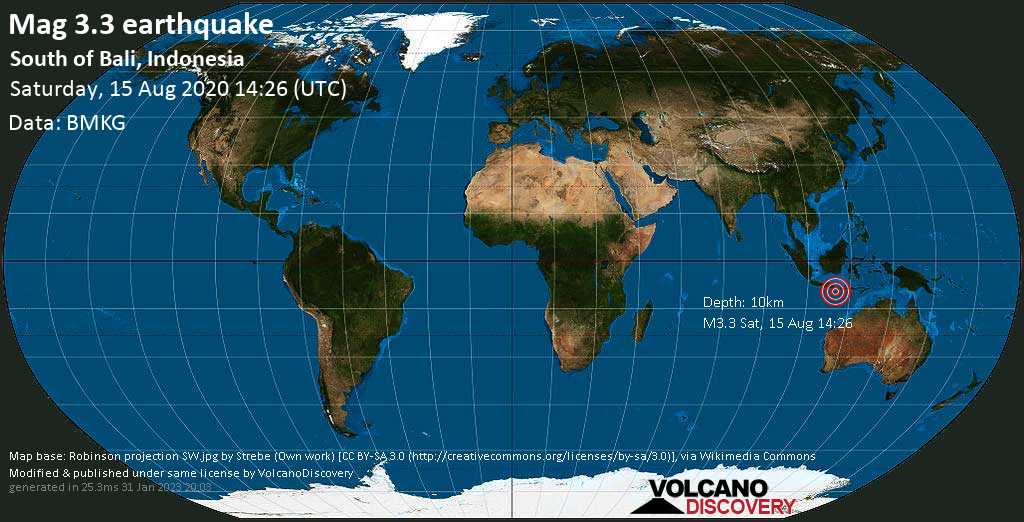 Merapi volcano photos: One of the most active and most dangerous volcanoes of Indonesia: Merapi meaning "the one who makes fire", is a feared but also venerated holy mountain looming over the city of Yogyakarta, capital of Central Java.
Etna

Etna volcano photos: Etna - Europe's largest and most active volcano is a universe in itself. Browse through our collection spanning almost 20 years of eruptions and more.
Sea-Floor spreading