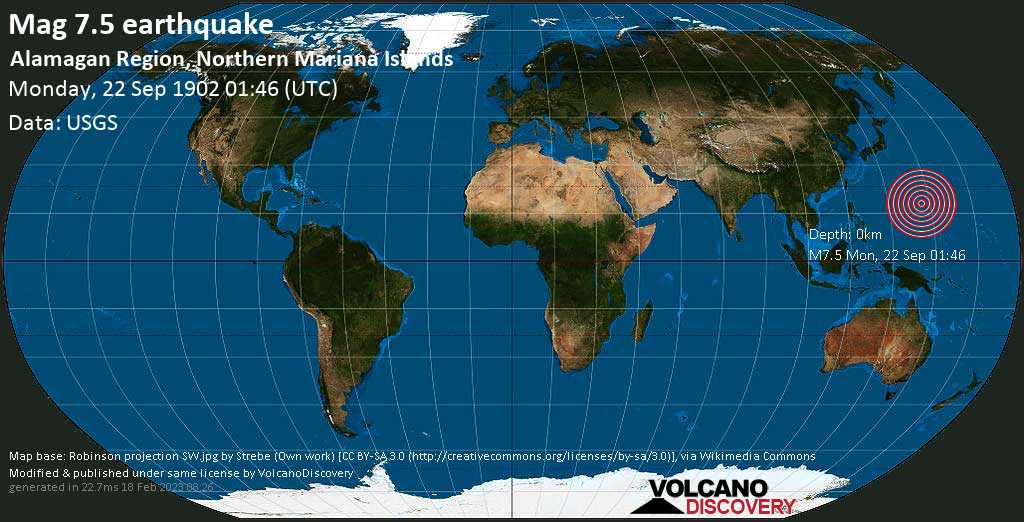 More info
Based on its magnitude, the fault that was active during the quake ruptured along a surface of approx. 3162 km2 (=1221 sqare miles) as a first-order estimate. The length of the rupture zone thus was probably around 97 km (61 mi).
Aftershocks typically occur during the weeks, months or even a year following the quake at or near the same fault, at distances of up to approx. two times the length of the rupture zone.
The often broadly linear arrangement of aftershock epicenters encompasses the rupture zone of the main shock (check on the map below to verify).
Recorded aftershocks, latest first (0 quakes):
So far, no aftershocks have been registered.

Volcano Calendar 2013: Our first printed volcano calendar, featuring a paroxysm of Etna, a vulcanian explosion of Krakatau, and much more!
Books

Desert, Salt & Volcanoes: One of our best volcano expeditions! Stay 3 full days / nights at the active lava lake of Erta Ale, explore the wonders of Dallol and the Danakil desert in northern Ethiopia. 14 days expedition during Nov-March, small groups, guided by geologist.
Volcanoes outside Earth