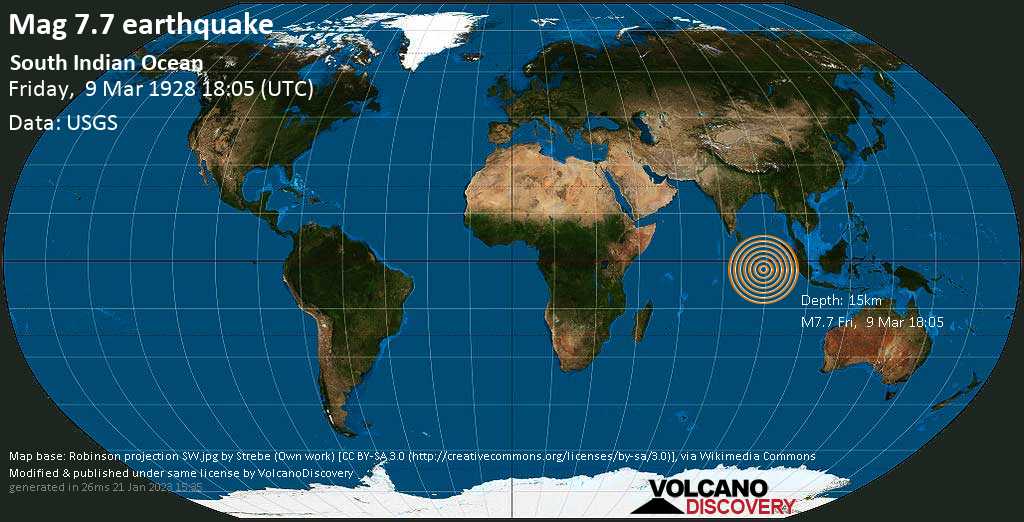 More info
Based on its magnitude, the fault that was active during the quake ruptured along a surface of approx. 5012 km2 (=1935 sqare miles) as a first-order estimate. The length of the rupture zone thus was probably around 123 km (76 mi).
Aftershocks typically occur during the weeks, months or even a year following the quake at or near the same fault, at distances of up to approx. two times the length of the rupture zone.
The often broadly linear arrangement of aftershock epicenters encompasses the rupture zone of the main shock (check on the map below to verify).
Recorded aftershocks, latest first (0 quakes):
So far, no aftershocks have been registered.

Volcanoes in the Solar System: The Earth is not the only place with volcanic activity. Active volcanism also occurs at at least 3 other bodies in our Solar System.
Walking Tours

Walking & Study tours: VolcanoDiscovery's signature tours for small groups: Discover volcanoes and volcanic areas from close with an expert in their field! These tours have a broad mix of activities and interests from photography, walking, study travel, nature & culture.
Eruption Specials