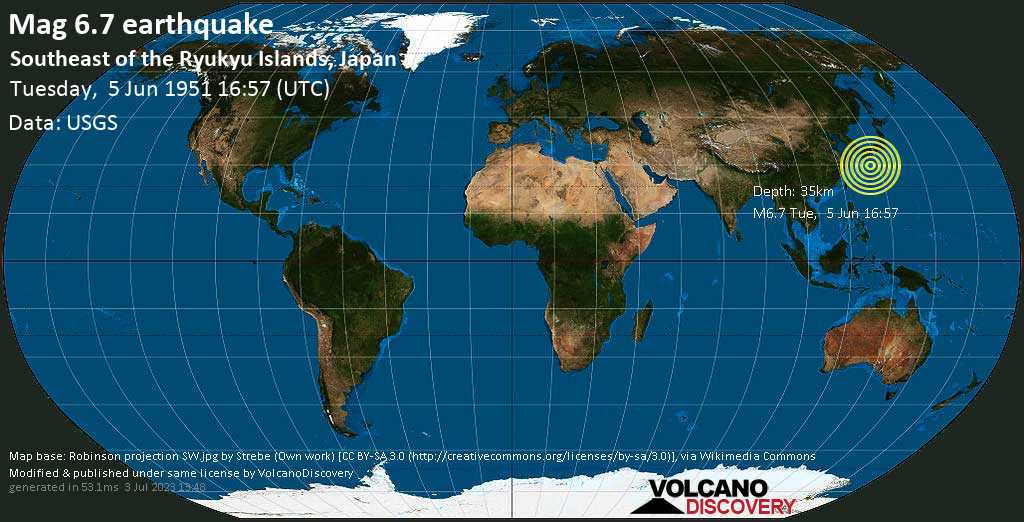 Aftershocks of the 6.7 quake Southeast of the Ryukyu Islands, Japan, 5 June 16:57 UTC

Krakatau volcano photos: Hundreds of photos from active Krakatau volcano in the Sunda Strait, Indonesia. Most of them taken during our various expeditions to this fascinating volcano.
Germany

Photos from Germany: Germany has a large number of volcanoes - most of them extinct, but the Eifel volcanic field is still potentially active.
Travel news