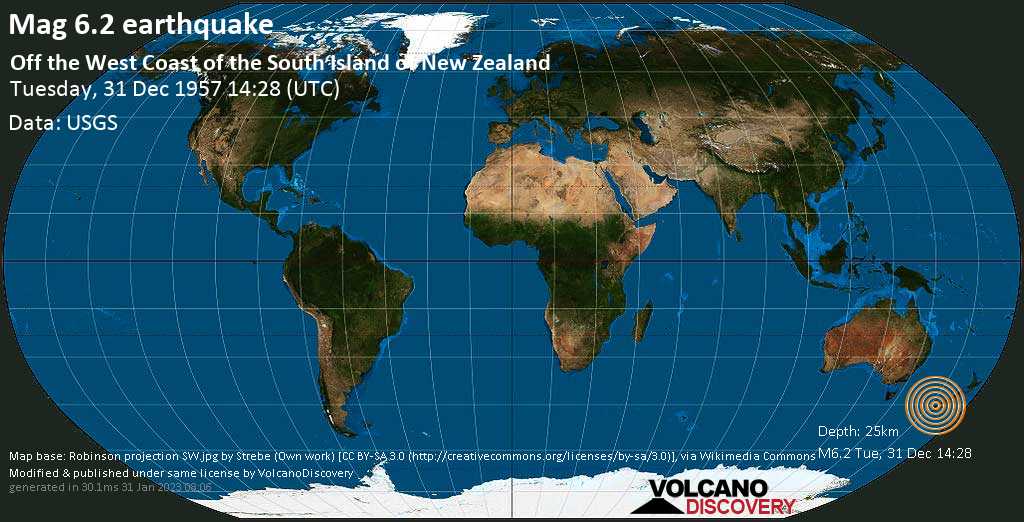 Aftershocks of the 6.2 quake Off the West Coast of the South Island of New Zealand 31 December 14:28 UTC

Eruption from close: On 17 Oct, explosions were particularly violent at Anak Krakatau. We show a series of images of a spectacular explosion captured from close range by boat.
Italy

Photos from Italy: Italy - the cradle of volcanology. Browse through various photo galleries mainly from its numerous volcanic areas - from Naples to Etna and the Eolian Islands and more.
Continental rifts

Divergent plate boundaries on continents: Learn about the process of breaking up continents along continental rift zones.
Volcano Videos