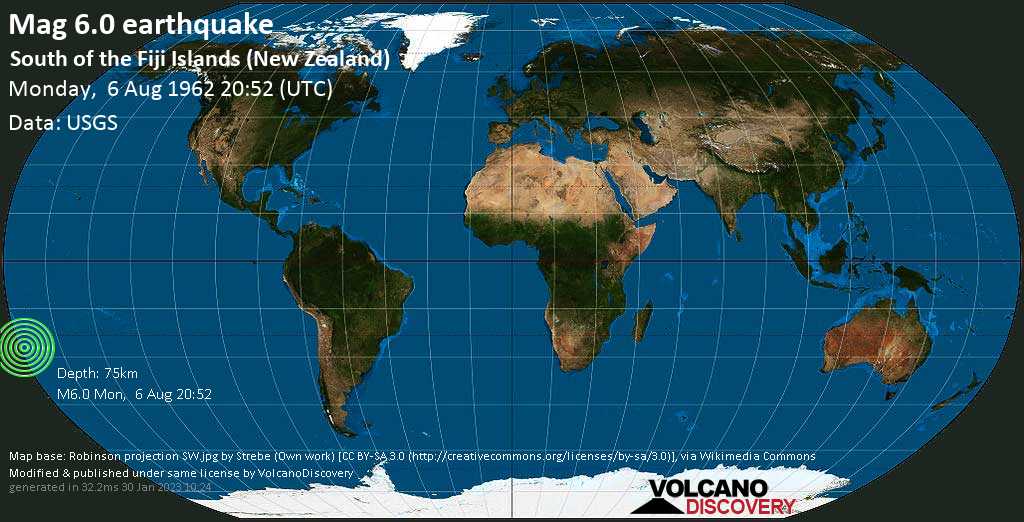 Aftershocks of the 6.0 quake South of the Fiji Islands (New Zealand) 6 August 20:52 UTC

Photos from the Kuril Islands: Some rarely visited volcanoes, unspoiled nature, lots of WWII remnants - browse through several galleries from our tours to the Kuril Islands.
Volcanic Quakes

Earthquakes near Volcanoes: Our world-wide map continuously detects shallow earthquakes near volcanoes. These could be early signs of unrest and often precede eruptions.
Glossary