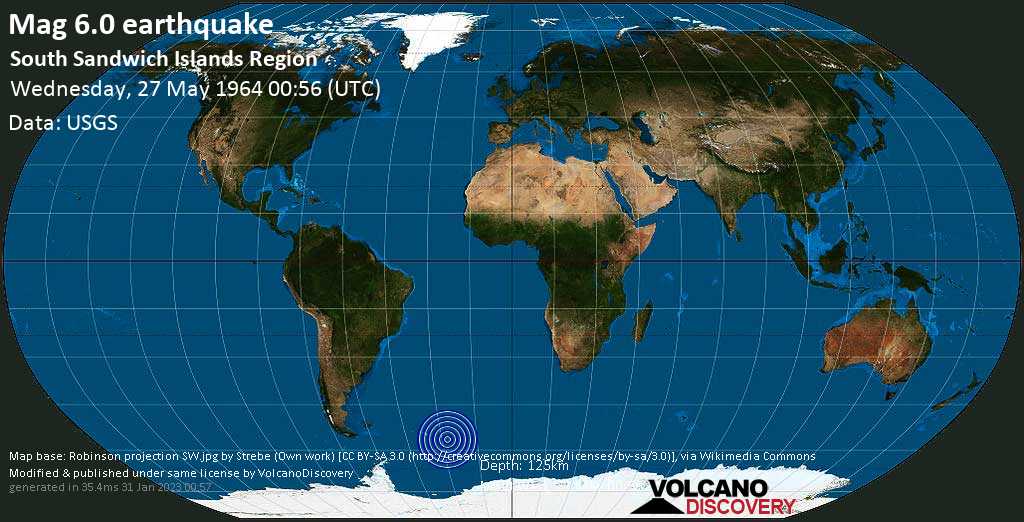 Aftershocks of the 6.0 quake South Sandwich Islands Region 27 May 00:56 UTC