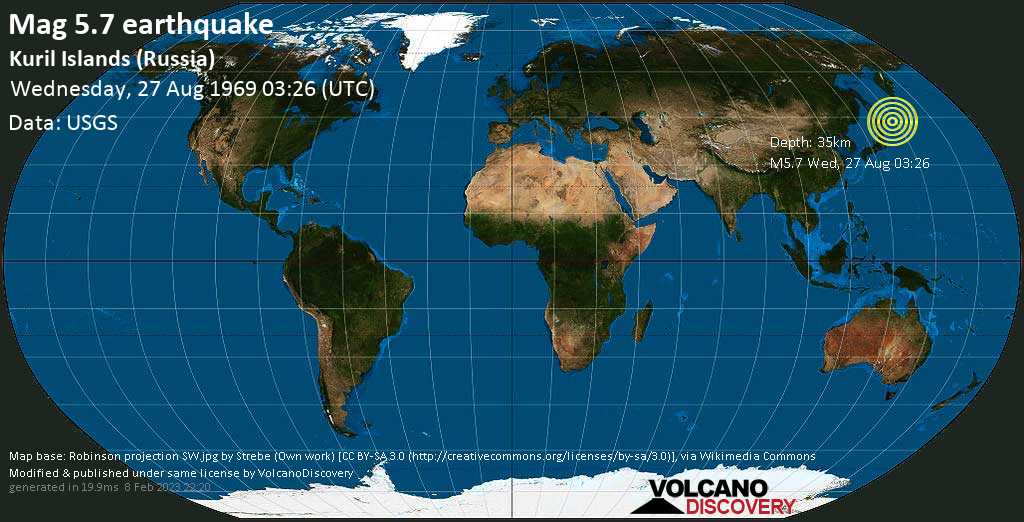 More info
Based on its magnitude, the fault that was active during the quake ruptured along a surface of approx. 50 km2 (=19 sqare miles) as a first-order estimate. The length of the rupture zone thus was probably around 12 km (8 mi).
Aftershocks typically occur during the days and weeks following the quake at or near the same fault, at distances of up to approx. two times the length of the rupture zone.
The often broadly linear arrangement of aftershock epicenters encompasses the rupture zone of the main shock (check on the map below to verify).
Recorded aftershocks, latest first (4 quakes):

Blue flames of burning sulfur: Ijen volcano in East Java has one of the most impressive sulfur deposits on earth. They are so hot that the sulfur often ignites - a mysterious display at night caught on camera.
Krakatoa video

Krakatoa explodes: In the afternoon of 17 Oct, a particularly violent explosion occurred at Anak Krakatau, blasting away a portion of the southern crater rim. A similar event might have been the final trigger for the catastrophic landslide that let the cone collapse and cause a devastating tsunami on 22 Dec 2018.
Danakil13-26 Nov 2021