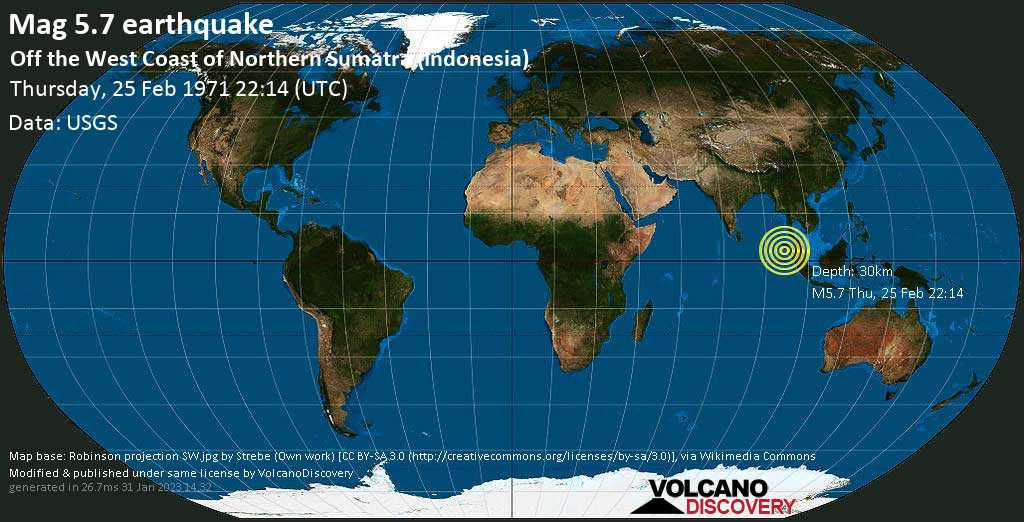 Aftershocks of the 5.7 quake Off the West Coast of Northern Sumatra (Indonesia) 25 February 22:14 UTC

Kelut volcano's lava dome in 2007: One of the most impressive lava dome eruptions in recent years. A new dome formed in the crater lake of Kelut volcano (East Java) in late 2007. Enjoy some unique pictures.
Top 5 Volcano Tours