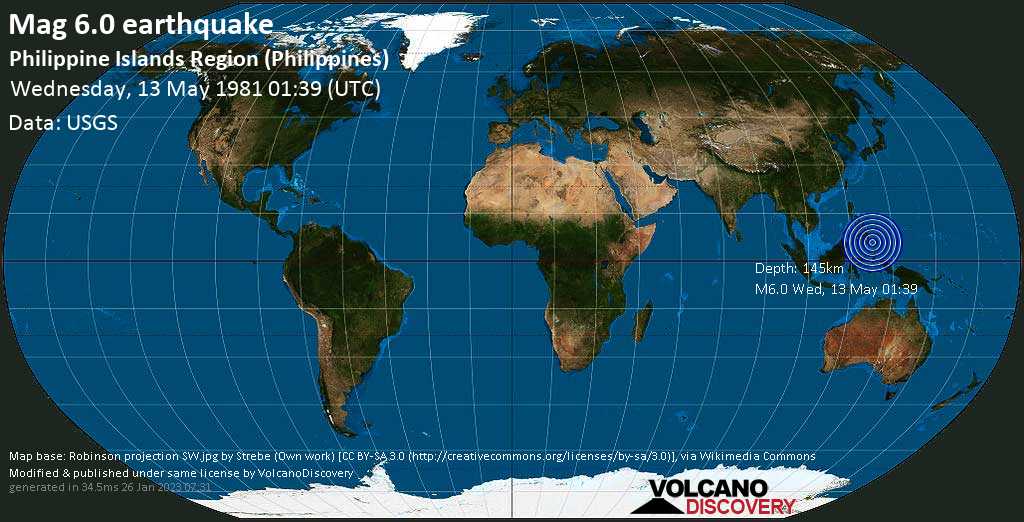 Aftershocks of the 6.0 quake Philippine Islands Region (Philippines) 13 May 01:39 UTC

Igneous or magmatic rocks: The most primitive rock type forms when magma (molten rock) solidifies - either inside the earth (plutonic rocks) or during volcanic eruptions (volcanic rocks). A short overview.
Yellowstone quakes