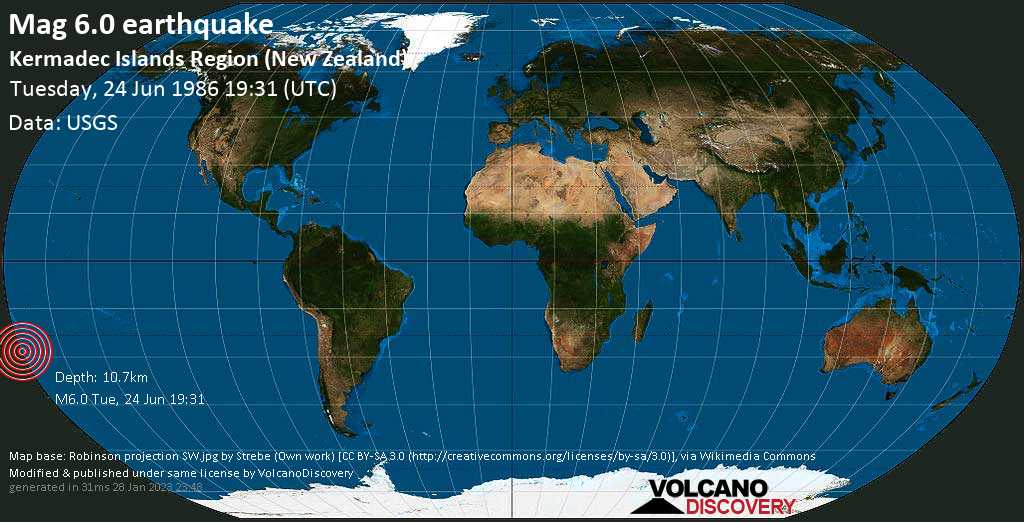 More info
Based on its magnitude, the fault that was active during the quake ruptured along a surface of approx. 100 km2 (=39 sqare miles) as a first-order estimate. The length of the rupture zone thus was probably around 17 km (11 mi).
Aftershocks typically occur during the weeks and months following the quake at or near the same fault, at distances of up to approx. two times the length of the rupture zone.
The often broadly linear arrangement of aftershock epicenters encompasses the rupture zone of the main shock (check on the map below to verify).
Recorded aftershocks, latest first (23 quakes):

Ibu volcano photos: Ibu in Halmahera is one of the most active, but rarely visited volcanoes in Indonesia. A spectacular lava dome is growing inside the volcano's breached crater, with frequent explosions.
Volcano Calendar 2015

Volcano Calendar 2015: We're proud to present our new volcano calendar 2015: 13 different and attractive images of volcanoes, volcanic landscapes and phenomena taken during volcano tours over the past few years.
Ijen

Ijen volcano photos: Ijen volcano in East Java is famous for its turquoise acid crater lake and the large sulfur deposits that are being mined by local workers. At night, the scene is illuminated by ghostly blue flames, as sulfur ignites.
Erta Ale eruption
Overflowing lava lake 17 Jan 2017
Get the ad-free version!
Why is there advertising on this site?