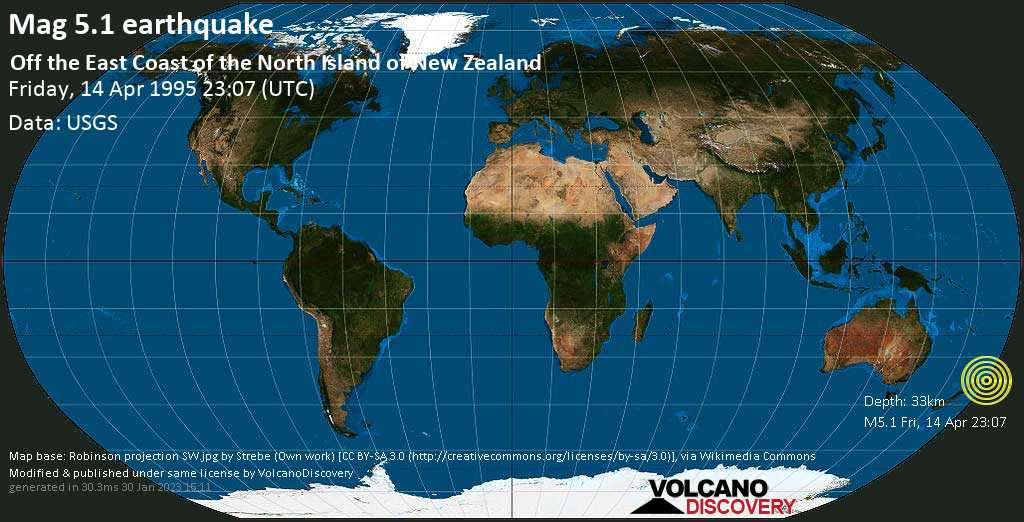 Aftershocks of the 5.1 quake Off the East Coast of the North Island of New Zealand 14 April 23:07 UTC

Batu Tara photos: A remote island in the Flores Sea of Indonesia formed by a single volcano that has been in strong strombolian eruption for years. We regularly lead expeditions to there where we camp several days to observe it.
Volcanic Quakes

Earthquakes near Volcanoes: Our world-wide map continuously detects shallow earthquakes near volcanoes. These could be early signs of unrest and often precede eruptions.
Volcanoes of Iceland