This quake was likely a foreshock of the 8.6 quake off the west coast of northern Sumatra (Indonesia) 11 April 08:38 UTC, which followed after 11 days. 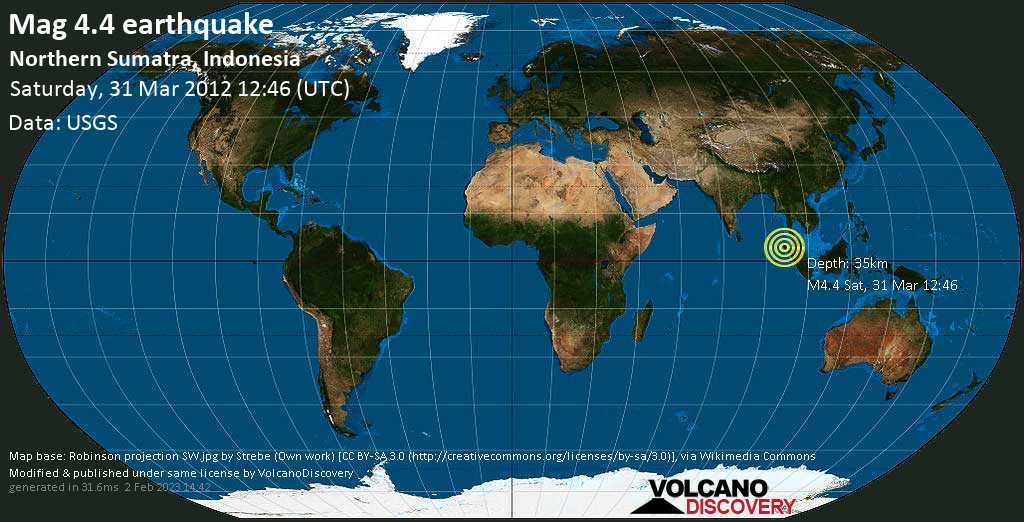 Watch volcanoes live and catch an eruption in action!
Volcanoes in Africa

List and map of all volcanoes in Africa. Most volcanoes are located in the Great Rift Valley, but there are more.
Dallol