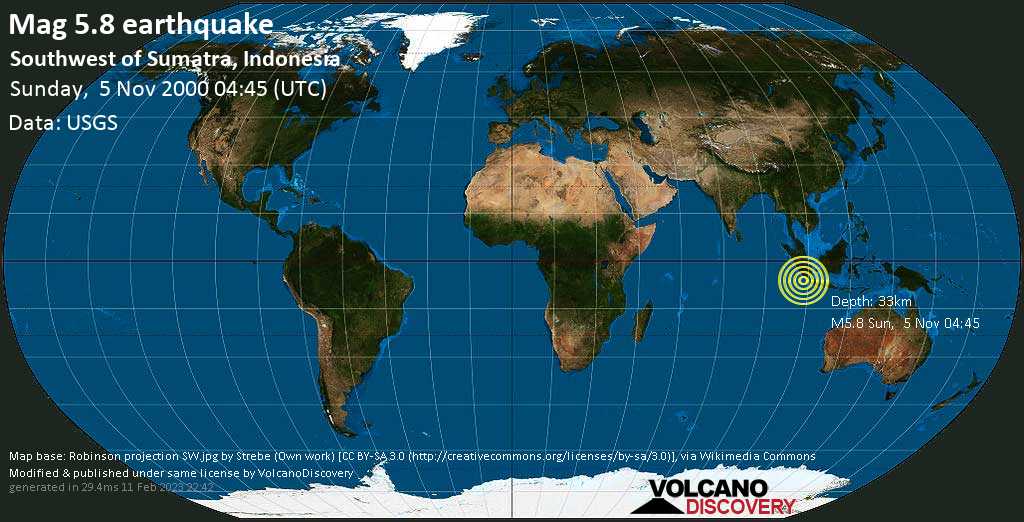 Aftershocks of the 5.8 quake Southwest of Sumatra, Indonesia, 5 November 04:45 UTC

Quakes by country or region: Look up earthquakes in your country, region or state!
Igneous rocks

Igneous or magmatic rocks: The most primitive rock type forms when magma (molten rock) solidifies - either inside the earth (plutonic rocks) or during volcanic eruptions (volcanic rocks). A short overview.
Volcanic Quakes

Earthquakes near Volcanoes: Our world-wide map continuously detects shallow earthquakes near volcanoes. These could be early signs of unrest and often precede eruptions.
Vesuvius volcano