This quake was likely a foreshock of the 8.6 quake off the west coast of northern Sumatra (Indonesia) 11 April 08:38 UTC, which followed after 1 day 13 hours. 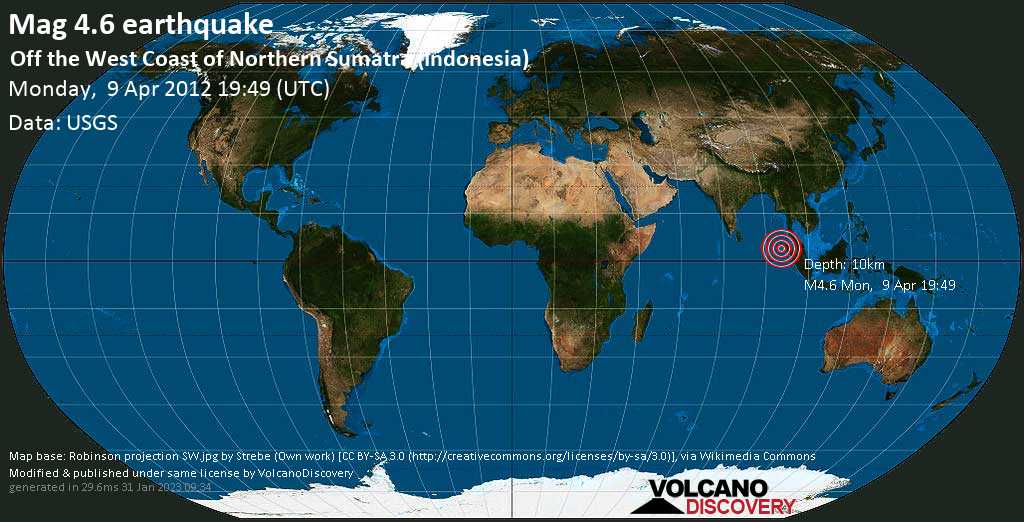