This quake was likely a foreshock of the 8.6 quake off the west coast of northern Sumatra (Indonesia) 11 April 08:38 UTC, which followed after 1 day 7 hours. 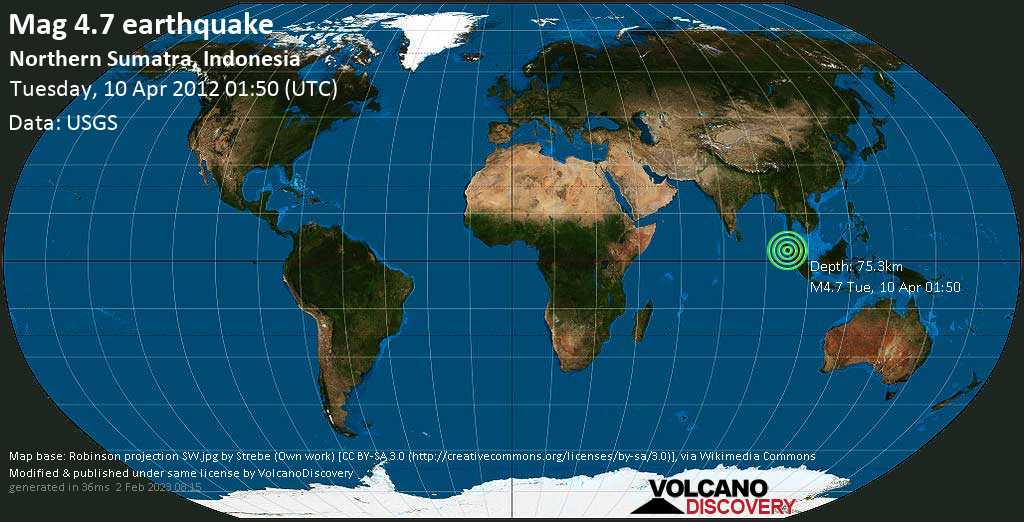 Earthquake monitor: Lists and maps of earthquakes in the world in near real time. Country lists, earthquake archive, and I-felt-it reports.
Volcano Calendar 2015

Volcano-Photo.com: Fine art prints, gifts and other photo products from a selection of our volcano photos. Check out the new website volcano-photo.com!
Shiveluch 16-24 Mar