This quake was likely an aftershock of the 8.6 quake off the west coast of northern Sumatra (Indonesia) 11 April 08:38 UTC, which had occurred 1 hour and 46 minutes earlier. 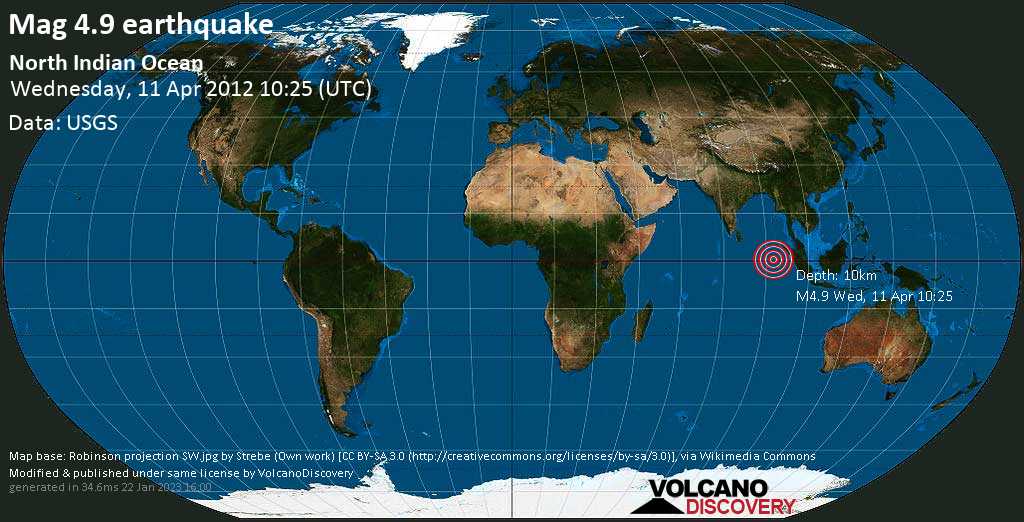 Alphabetical list of volcanoes: Find out all there is about a particular volcano
Eruption Specials

Tours to erupting volcanoes: From time to time, we organize special tours to see volcanoes in eruption. These are often announced only few days or weeks in advance. Find out more!
Bardarbunga update