This quake was likely an aftershock of the 8.6 quake off the west coast of northern Sumatra (Indonesia) 11 April 08:38 UTC, which had occurred 1 hour and 58 minutes earlier. 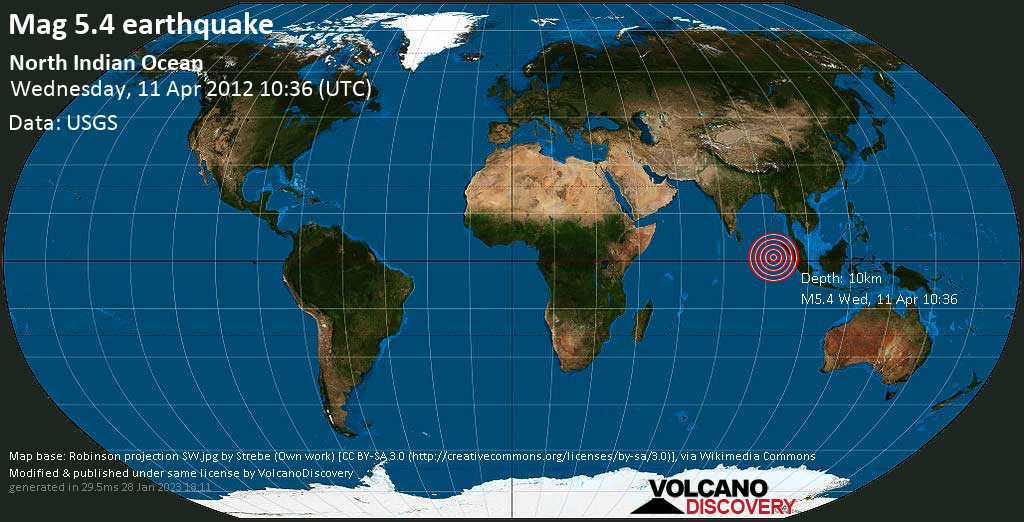 Volcano-Photo.com: Fine art prints, gifts and other photo products from a selection of our volcano photos. Check out the new website volcano-photo.com!
Lassen Peak

Earthquakes near Volcanoes: Our world-wide map continuously detects shallow earthquakes near volcanoes. These could be early signs of unrest and often precede eruptions.
Hawai'i