This quake was likely an aftershock of the 8.6 quake off the west coast of northern Sumatra (Indonesia) 11 April 08:38 UTC, which had occurred 2 hours and 2 minutes earlier. 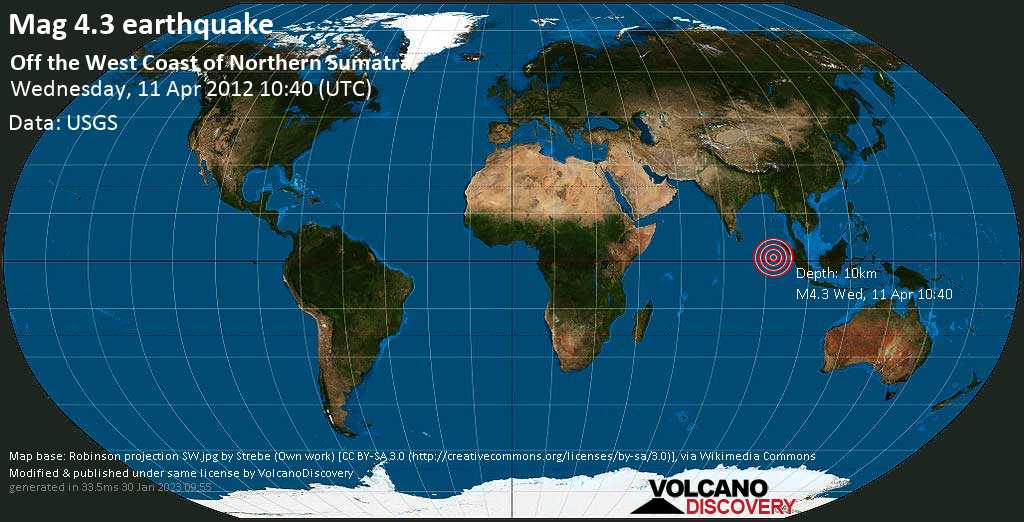 Volcano Videos on YouTube: Our YouTube channel: volcanic activity world-wide shown through videos taken during our volcano tours and expeditions complimented by some time-lapse videos from webcams.
Pilot tours

Exploring the unknown: We sometimes invite you to "test" new itineraries or destinations with us. Such trips are a reduced cost and require a higher degree of flexibility, but often offer a great deal of adventure.
Volcanoes & Earthquakes

Try our new app!: Volcanoes & Earthquakes - our new free App for Android shows the latest earthquakes and active volcanoes on a map and as list, as well as volcano news from all the world. You can filter the data shown in various ways, e.g. by magnitude or age of earthquakes, the distance from your location, the status of volcanoes and so on.
Geo Tours